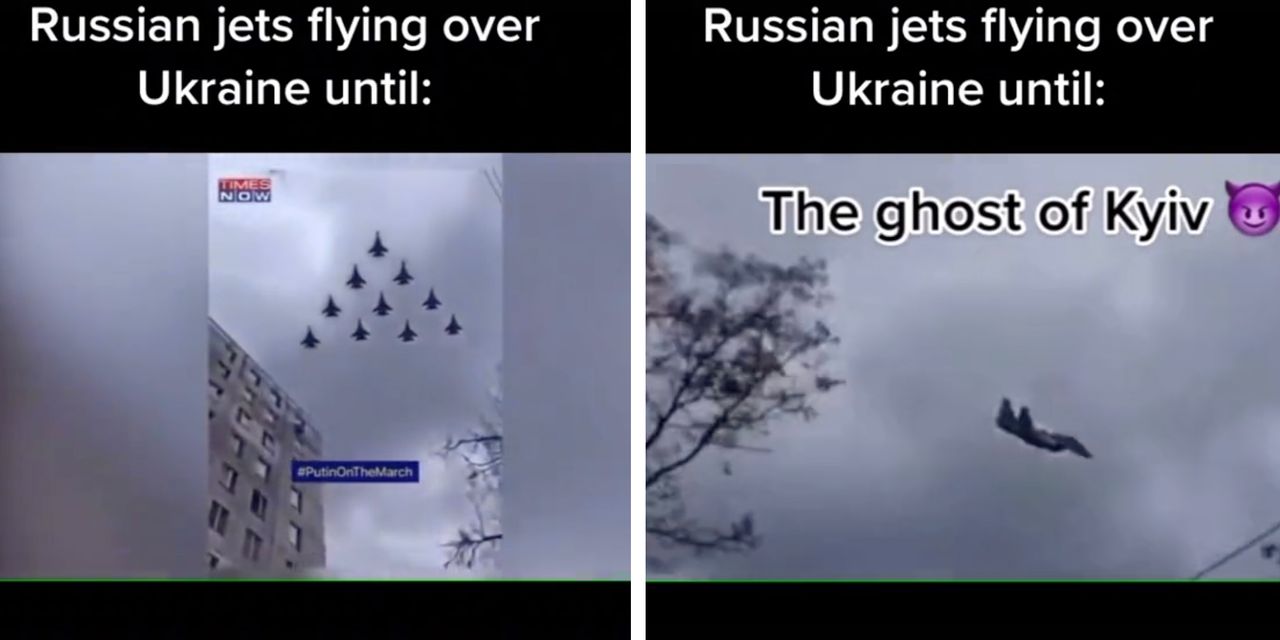 TikTok exploded as a social media app with silly lip-synced videos, dance moves and practical jokes. Now, some users are creating endless streams of war memes and state propaganda that influence global perspectives on the conflict in Ukraine.

This transformation presents the short video app, whose parent company is Chinese tech giant ByteDance Ltd., with one of its biggest challenges since its launch about five years ago.

As tensions between Russia and Ukraine mounted, TikTok internally wrestled with how to handle its increased role in geopolitics, people familiar with the matter said. Some of TikTok’s content moderators struggled to determine whether to avoid recommending certain posts, remove them from the app or restrict creators’ accounts, they said.

Content moderators have also been confused about how to handle some clips flagged by the app’s content filtering systems, the people said. With no detailed instructions in place for war-related content, junior-level managers were tasked with refining the rules as they went along, the people said. The result has been inconsistencies in the treatment of similar content, they said.

“We continue to respond to the war in Ukraine with increased safety and security resources to detect emerging threats and remove harmful misinformation,” a TikTok spokeswoman said.

TikTok took its biggest step yet on Sunday, suspending new video uploads and live streaming from Russia, citing the safety of its employees after Russia passed a new “fake news” law. The move, which followed the withdrawal of other major tech and media companies from their operations there, was notable given that TikTok’s parent company, ByteDance, is based in Beijing, where the government abstained. to support Western sanctions against Russia.

It came about a week after TikTok said it would restrict access to some Russian state-controlled media accounts, including RT and Sputnik, in the European Union. In a sign of the seriousness of the matter, TikTok notified ByteDance executives in Beijing, who did not contest the decision, a person familiar with the matter said. A TikTok spokeswoman said its chief executive has complete autonomy in all decisions regarding TikTok’s operations.

As Russian troops advanced on Ukraine, a widely shared video on TikTok of military planes flying in formation claimed to be footage of the invasion. PolitiFact, a Washington, DC-based fact-checking website, later discovered that the video was taken from a Russian military parade in mid-2020. The video has since been deleted.

Another video of soldiers parachuting into a conflict zone was viewed by 20 million TikTok users before being deleted – after the footage was found seven years ago, according to First Draft.

Such content often carries a message soliciting donations or advice for the content creator in apparent efforts to monetize their clips.

“Overall, the platform has become a prominent space for many people around the world to see and learn about the invasion,” said Ireland-based researcher Ciarán O’Connor at the Institute for Strategic Dialogue. “But it has also become an instrument of information warfare.”

Admittedly, TikTok is far from the only platform facing false information. But Mr O’Connor said his research showed TikTok was more powerful at spreading false information about Ukraine by Russian state-controlled media than other social media outlets.

He analyzed 12 TikTok videos posted by the editor of Russian TV channel RT which promoted Kremlin propaganda about Ukraine as an aggressor. Posted on an account that was not labeled as state media, the videos had been viewed 21.3 million times as of March 8, more than the 11 million views she got by posting 21 videos on YouTube. TikTok’s state media labeling policy only applies to organizations.

Just days before war broke out in Ukraine, senior TikTok executives met online to propose new rules for their teams that operate the platform for the Russian and Ukrainian markets, people familiar with the matter said. Staff came from legal, public policy and trust and safety teams around the world, mostly based in TikTok’s major regional bases such as Dublin and Singapore, some people said.

The short-video app’s executives meet regularly to discuss crisis response strategies, and it runs a 24-hour operations center to respond to ongoing events, TikTok said. Its global trust and safety team, led by a manager in Dublin, oversees and enforces their content policies, he said.

As a result, TikTok began circulating war-related videos through open online resources and databases to verify if the images existed online before the conflict, seeking to identify and remove old images of aircraft. hunting, bombings and military operations presented as recent. content, people familiar with the matter said.

Other platforms have moved ahead of TikTok to address some of these issues.

Days after the conflict broke out in Ukraine, Meta, Twitter and YouTube detailed the steps they were taking to reduce information they deemed false or misleading. The companies introduced new policies and began labeling and demoting state-related Russian media posts and links to them.

The three also detailed how they have deleted and permanently suspended accounts, videos and posts from Russia targeting Ukraine or for deceptive practices and misinformation. TikTok has not publicly disclosed any concrete data regarding the removal of inauthentic posts and users.