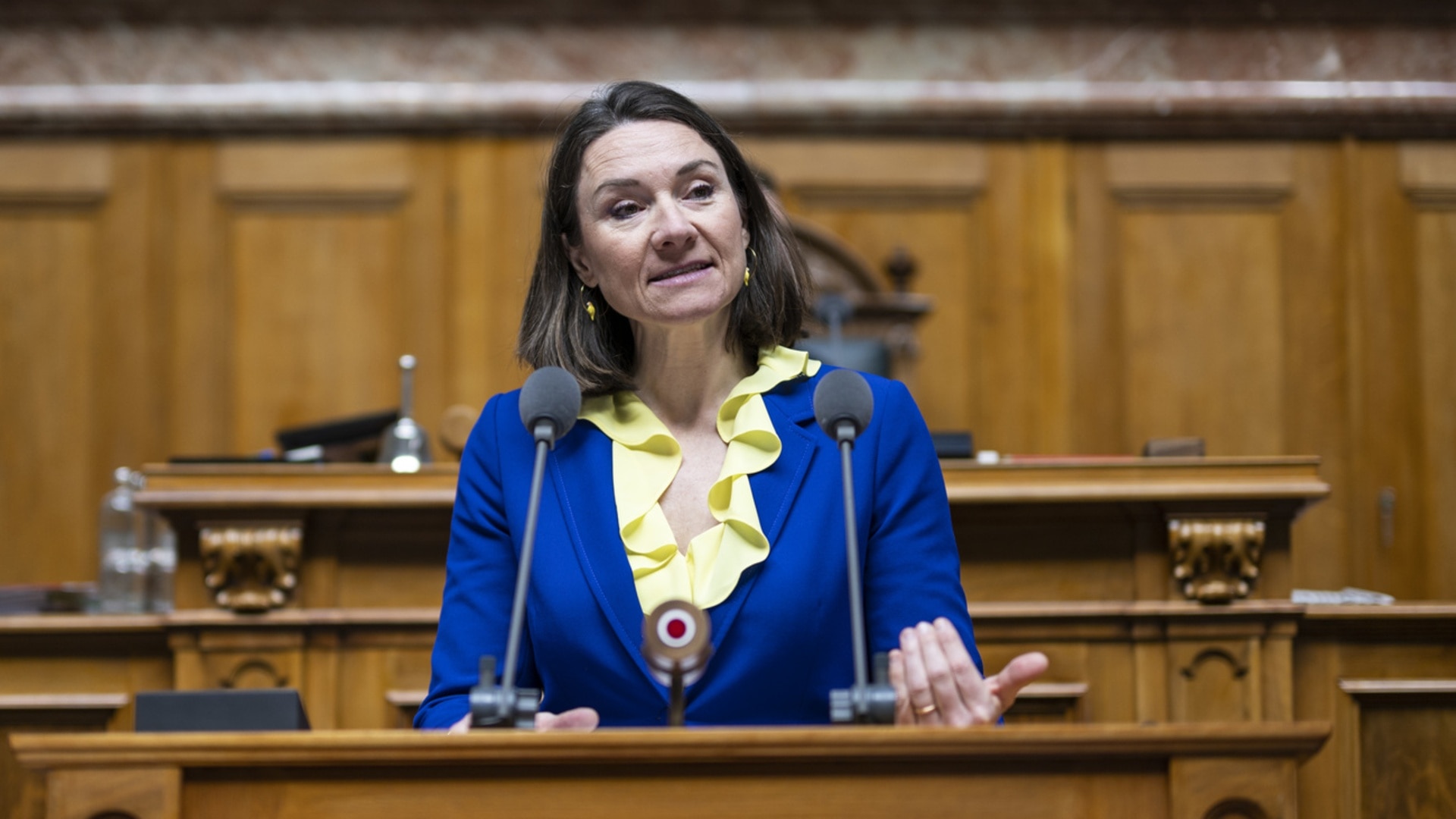 “The Netflix law will not force streaming platforms to increase prices”

A proposal to force online viewing services to invest in domestic production will ultimately benefit Swiss cinema, says the general secretary of the consumer federation of French-speaking Switzerland.

Bern-based journalist. I am particularly interested in topics on society, politics and social media. Previously, I worked in regional media, for the Journal du Jura newspaper and Radio Jura bernois.

More and more viewers are choosing to stream movies and TV series online. But Netflix, Disney+, Amazon and others offer little space for local production.

An amendment to the Cinema Law, which will be submitted to voters on May 15, would require streaming services to invest 4% of their local revenues in Swiss productions. In addition, at least 30% of their programming must be made up of European productions.

Similar measures are already in place in neighboring countries. France, in particular, has introduced an obligation to reinvest 26% of income in national production – in Italy it is 20%.

To find out more about the issues surrounding the vote on the new cinema law, see our explanation:

But the law was forced to a vote by youth factions of right-wing parties, who argue that audiovisual production already receives adequate subsidies. They believe that the proposal ignores the needs of consumers.

Sophie Michaud Gigon, who heads the consumer federation and is a parliamentarian with the Social Democrats, says the amendment could at least give Swiss productions more international visibility.

swissinfo.ch: If the new cinema law is passed on May 15, will streaming platforms pass the costs on to consumers – as opponents of the law claim?

Sophie Michaud Gigon: No, there is no correlation between the introduction of investment obligations and the prices set by the platforms. In countries like France, Spain and Italy, where such measures have already been put in place, subscription fees have remained more affordable than in Switzerland. Streaming services set their prices based on the purchasing power of the population. This is why the Swiss already pay the highest contributions in the world.

Netflix also increased its prices at the start of the year. The platform can do this whether or not there is an obligation to invest in local production. The real problem we have to face is the exceptionally high price that the Swiss have to pay for all these services. It has nothing to do with the cinema law.

If they don’t raise prices, isn’t there a risk that the streaming giants will limit their offer in Switzerland so that they don’t have to reinvest so much?

The platforms are free to choose what they broadcast in each country. The various services engage in fierce competition to attract an audience. Netflix will not limit its offer, because that would mean ceding market share to Apple or Amazon. From a business perspective, that would be absurd.

In addition, several European countries have already introduced either an obligation to reinvest between 1% and 26% [in France] or a direct tax. By requiring a reinvestment rate of 4%, Switzerland is being rather conservative. There is no reason for this measure to have an influence on the service providers’ offer. The platforms themselves are not part of the campaign against the new law. They are ready to apply it – as they already do in many other countries.

The young members of the right-wing parties who initiated the referendum believe that people want to tell them what to watch. Do you understand their fears?

Are they afraid of not being able to watch Heidi on their streaming platform? There is no risk of this happening, as young people would simply opt for another service.

The purpose of the law is not to force Netflix to broadcast only Swiss films. The platforms themselves will continue to select the products they want to offer to attract the public. Currently, they make considerable profits in Switzerland, which are all transferred abroad. Thanks to the new law, a small part of their income would be invested here. This mechanism already exists for television. There is no reason why video-on-demand services should be exempt. It could also help certain Swiss series to gain greater international visibility.

In Switzerland, funding for independent audiovisual production amounted to some 105 million Swiss francs ($108 million) per year. Isn’t that enough?

No, these are modest sums that do not leave the sector enough room for development given the high costs of film production. This measure will not only strengthen the audiovisual sector, but will also have a positive impact on the entire Swiss economy. If a film is shot in Switzerland, the teams spend money in the country. Hotels, restaurants and regional businesses therefore benefit.

Opponents of the law say the requirement to show European programs is discriminatory. What’s your answer to that?

The opposite is true – this quota [of 30%] would increase diversity. It is normal to provide some form of support for films produced close to home. It does not change anything for consumers. It’s not as if non-European productions are going to disappear from the line-up. International streaming services already comply with this requirement, which is part of a European Union directive adopted in 2019. As for Swiss TV channels, they already now apply a 50% quota.

Translated from French by Catherine Hickley