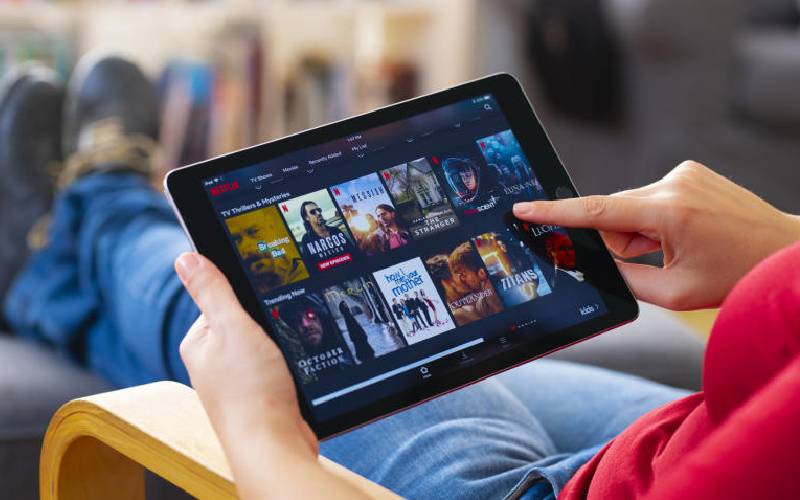 Streaming giants flock to Kenya in new fight for eyeballs

Global streaming giants are increasing their presence in Kenya, with the country emerging as a strategic market in the region to build new audiences for ubiquitous platforms.

The rush for market share growth comes at a time when streaming platforms like Netflix are experiencing slowing growth in traditional market strongholds of North America and Europe.

In recent months, Netflix has poured millions of shillings into the regional market as it seeks to source new local talent and productions to build its arsenal of original local content.

Earlier this month, Netflix signed a two-year Memorandum of Understanding with the Ministry of ICT to fund training opportunities for young filmmakers, acquire local content from Kenyan producers and support marketing and copyright protection. consumers for producers and users of digital content.

Under the MoU, 10 million shillings will fund scholarships for 30 beneficiaries covering tuition fees, living expenses, learning materials and stipends through the Kenya Film School and the ‘African Digital Media Institute.

A further 20 million shillings have been allocated for all-inclusive scholarships for budding creatives to study at other local institutions that offer film and television studies.

“We are aware that there are positive socio-economic outcomes generated by our service in the countries where we invest,” said director of public policy for sub-Saharan Africa at Netflix Shola Sanni.

“This MoU will play a major role in harnessing these positive externalities driving impact beyond direct investment in local content only, towards measurable inputs into other crucial aspects of the value chain. screen production,” she said.

The agreement also includes the Kenya Film Commission (KFC) and other state agencies such as the Kenya Film Classification Board (KFCB), which will work to identify areas of the sector in need of support.

The 26-episode television series will be shot primarily in East Africa with additional filming in West and Southern Africa.

It is produced by The Walt Disney Company with White Rhino Films as its producing partner.

Already, the first batch of four presenters who will host the Nairobi-based show have been named with casting underway for presenters in Kenya, Nigeria, Rwanda, South Africa and Tanzania.

Analysts expect streaming in Africa to grow rapidly over the next few years. Digital TV Research, a London-based think tank, predicts that African subscribers on digital platforms will grow by 233% to 13 million by 2025.

Companies like Netflix, Multichoice’s ShowMax and Amazon hope to use Kenya as a springboard to the rest of the region.

For starters, Kenya boasts a large population of tech-savvy young people who are active online.

Data from the Communications Authority (CA) indicates that the total number of mobile phone devices connected to mobile networks was 59.58 million, of which 33 million were feature phones and 26.5 million smartphones.

“By the end of 2021, at least 94% of the Kenyan population was covered by the 4G network,” CA explained in its latest industry report.

“Noting that fixed broadband connection and computer use are less prevalent in the country, smartphones play a key role in internet access and data transfer.”

This affinity for mobile is why Netflix launched a free plan last year that allowed users of Android devices to sign up with just an email address.

The company hopes to attract curious viewers who will then be enticed to upgrade to one of the payment plans.

Apart from being mobile-centric, Kenya’s subscription market is relatively advanced and service providers such as MultiChoice’s DSTv and Mwananchi Online’s Zuku have for years tried and tested various value propositions to build customer loyalty.

Streaming giants like Apple+ and Disney+ are thus entering a market where the vast majority of their target audience is demanding and willing to pay.

According to the annual report, Kenya accounts for 10% of Multichoice’s subscription revenue from the rest of the world.

With 11.9 million subscribers, the company’s rest of the world business segment accounts for 32% of the Multichoice Group’s turnover, which last year amounted to 336.1 billion shillings.

Last year, the company premiered its first Kenyan original series, making it the fourth country along with Nigeria, Ghana and South Africa to have a specific localized version of Showmax.

Leading telecommunications service provider Safaricom is also expanding its digital entertainment service offering and is expected to gain traction in the coming years.

“Content is still a very small business for us, and it’s still in very traditional areas like Skiza,” Safaricom chief executive Peter Ndegwa said during the company’s recent investor briefing.

“Now we want to make sure that we operate the content business more strategically and also learn from what other markets are doing.”

Last year, the company recorded 500 million shillings in content revenue and plans to leverage big data analytics to grow its video subscription base.

“Big data analytics that can help us understand what our customers are going through and all the work we do on the M-Pesa app for both businesses and individuals allows us to see and have capabilities to distribute content,” Ndegwa said.