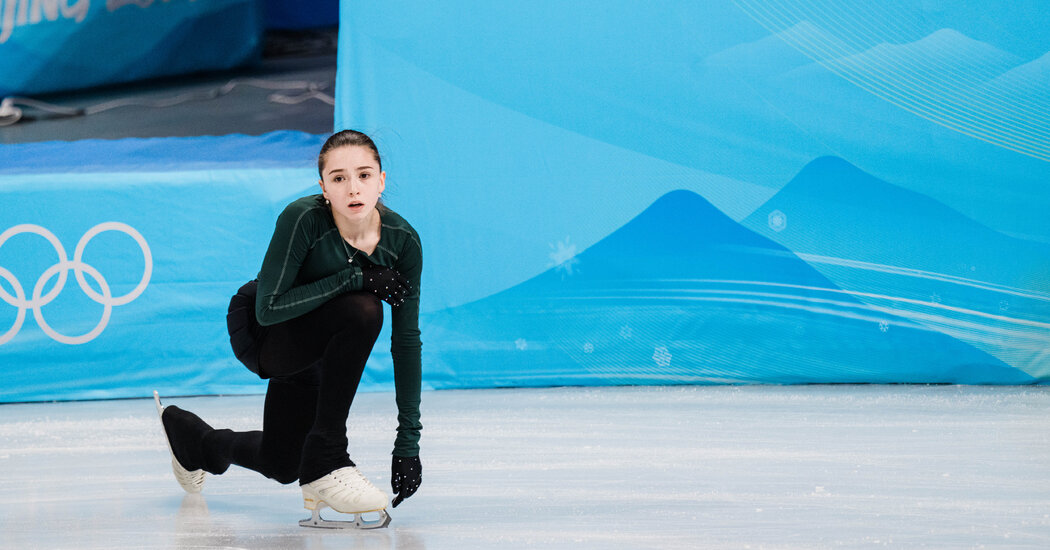 Gu, who grew up in California but competes for China, is a favorite in women’s slopestyle, the event where competitors traverse a mountainous course of rails and obstacles before landing a series of three big jumps.

Delaying the women’s freeski slopestyle event by a day could impact Eileen Gu’s training for her third event, the halfpipe. Gu is one of the few athletes to practice both slopestyle and halfpipe, and halfpipe qualifying is scheduled for Thursday.

In a rare winter flurry at this Winter Olympics, snow and wind smothered mountain venues on Sunday, sending workers rushing to prepare venues for competition.

In a region with little snow, the Olympic outdoor venues – from alpine skiing to cross-country skiing, from halfpipe to ski jumping – relied on heavy doses of artificial snow.

When real snow fell on Sunday, it created an unusual sight: snow removal. Slopestyle course workers used shovels and snowblowers to prevent snow from accumulating on obstacles and jumps. In many ways, organizers prefer artificial snow because they can control it. When Mother Nature gets involved, all plans are canceled.

Gu already has a gold medal, in big air, won in spectacular and unexpected fashion last Tuesday in an industrial park in western Beijing. Her win catapulted her to another level of fame and scrutiny. Afterward, she deftly fielded questions from reporters for more than an hour while brushing off probing questions about her citizenship status.

The Olympics has a policy that athletes must be citizens of the country they are competing for, and China does not allow dual citizenship.

Gu, whose mother was born and raised in China and has deep ties to Beijing, is a ubiquitous figure here. His face adorns advertisements of all kinds and his exploits receive constant attention on public news channels.

Slopestyle is a fitting event for Gu, who showed technical prowess on rails from a young age, working with the US national team (she moved to China in 2019). She is a daring jumper, as demonstrated by her big win in the air.

In a handful of international competitions over the past year, Gu has won or finished second in every slopestyle event. His biggest threat here will likely come from Kelly Sildaru from Estonia and Tess Ledeux from France. It was Ledeux who led the big air event until Gu’s last jump lost him the silver medal.

Gu’s third and final event is on Friday in the halfpipe, another event she has dominated for the past year. Her popularity has already skyrocketed and it’s hard to imagine how great Gu will be if she manages to leave Beijing – on her way back to San Francisco – with three gold medals.