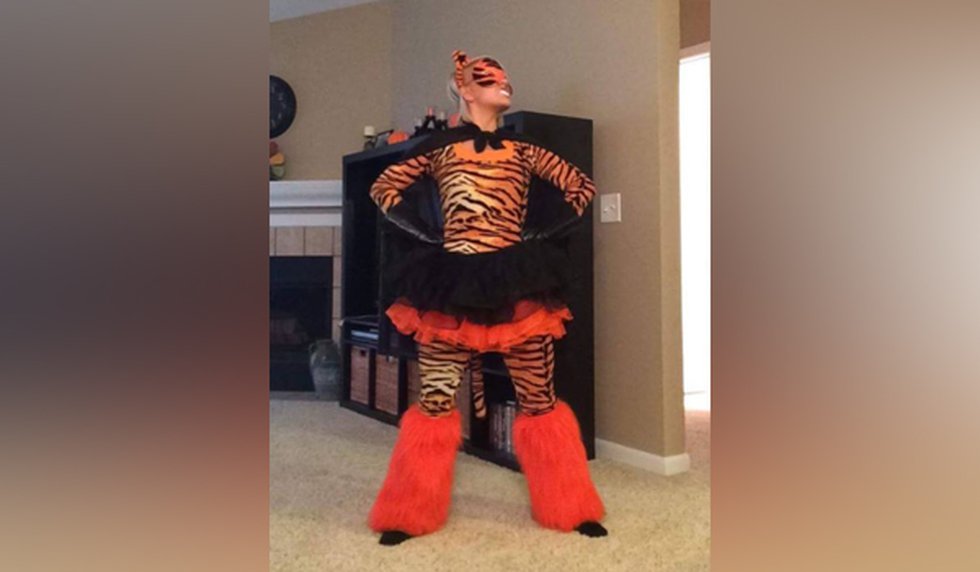 CINCINNATI (WXIX) — A Northern Kentucky Bengals Superfan heads to Super Bowl LVI with her husband, thanks to Youtuber Logan Thirtyacre and his visual arts students.

Students in Katie VonHandorf’s class at St. Henry High School uploaded a video of their teacher on TikTok wearing the same Bengals costume to every game to help her raise funds to go to the Super Bowl.

“I was talking to my students before the Bengals played Kansas City in the AFC Championship and I was saying I was really excited that they were going on this run and doing really well, and they were like ‘how are you going to feel if they go to the Super Bowl? I said sure, I’m going to be excited, but I’m also going to be a little disappointed because I won’t be able to go. I wanted to go to the Kansas City game and I couldn’t afford to go,” VonHandorf said.

According to VonHandorf, a group of about 10 students were convinced that a TikTok video would create the possibility that VonHandorf could receive the funds to go to the Super Bowl.

“The kids said very nonchalantly, well, you just need to make TikTok famous. I don’t even have TikTok, so I was like no, it was just an idea, so we kind of evolved. Then after they won that game in Kansas City, we came back to school on Monday and I said listen if you want to pick this up, we’ll take a few minutes at the start of class, we’ll take a quick video, and if you want to post it, fine. So it ended up being a fun little thing that we did together to come up with ideas for posting videos and it went from a couple thousand likes to a couple hundred thousand and then it started going into the millions,” said added VonHandorf.

“The kids I have are absolutely amazing. They have hearts of gold.
Katie VonHandorf, St. Henry Teacher aka The Masked Bengal. Students in her class made a Tiktok video watched by millions, then YouTube influencer Logan Thirtyacre bought Katie 2 Big Game tickets @fox19 pic.twitter.com/G9ZCCoXiJD

It wasn’t until Thirtyacre came across the video of VonHandorf, who goes by @TheMaskedBenGAL on TikTok when he moved to the comments section.

“He said he really liked it, and they shared a picture of me when I was two or three in a Boomer Esiason jersey, and he felt like you know she’s been a fan all her life, and I’m able to send it to him, so why not send it. He went ahead, and sure enough, there were two tickets in my Ticketmaster a bit later,” VonHandorf said.

Not only that, Frontier Airlines pays for VonHandorf’s airfare to the Super Bowl after promising to cover the cost if she gets Thirtyacre’s tickets.

VonHandorf has also started a GoFundMe for its hotel expenses in the Los Angeles area. Part of this money will go towards his hotel costs and the other part will go to the Joe Burrow Hunger Relief Fund.

“It’s pretty through the roof. Honestly, it still doesn’t seem quite real. It’s always a shock to me that the Bengals are in the Super Bowl, like saying that out loud, holy cow, it’s amazing. The fact that I can go see them at the Super Bowl and hopefully bring home a win that would be ideal, isn’t it, probably one of the best days of my life. My children have taken over everything. They literally took over everything to make this happen,” VonHandorf said.

See a spelling or grammatical error in our story? Please include the title when you Click here to report it.