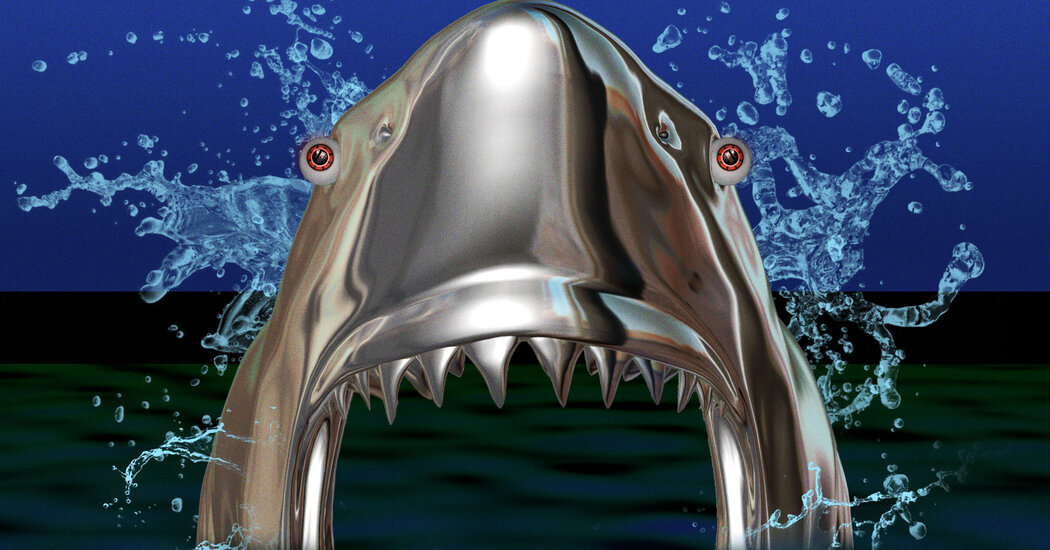 Streaming saved the music industry from the clutches of the internet. But the complicated picture of the last 20 years shows that surviving an online revolution isn’t the only difficult part. What comes next might be even harder.

Music was one of the first industries to feel the Internet sound boom, starting with song-sharing websites like Napster in the late 1990s and later iTunes digital downloads. It was exciting for music lovers, but new ways to listen to and buy (or not buy) music pushed industry sales into a crater.

Today, thanks mostly to people paying for all-you-can-eat music streaming services like Spotify, music is financially sound and reaching more people than ever before. But all is not quite perfect.

Even today, the music industry in the United States generates less revenue than at the height of the CD. There’s a raging debate about how long streaming’s gravy boat will last. And many musicians and others say they don’t share the spoils of digital transformation.

I wanted this newsletter to answer a direct question: is the music industry a success on the Internet or not? There is no simple answer, which goes to show just how messy it can be when technology shakes up an industry, and it may take decades for all involved to feel like the winners of the digital revolution – if it’s still possible.

First, I will lay out the case that the music industry is doing well. Over 500 million people worldwide pay for digital music, mostly in fees for services such as Spotify, Apple Music or Tencent Music, which is based in China. These services gave the industry something it had never had before: a steady flow of cash every month.

The industry also makes multi-million dollar money. When you watch a music video on YouTube, money flows to the people responsible for that song. TikTok pays record labels when videos feature their popular songs. Perhaps more so than books, movies, or other conventional sources of entertainment, there has been a powerful symbiosis of social media and music that has increased the popularity of both.

It would have been hard to predict when it looked like the internet was about to pulverize the industry. “It’s crazy that music is considered a hit now,” Ben Sisario, my colleague who covers the music industry for The New York Times, told me. “The question now is: can growth continue? »

Ah yes. The black cloud. Music industry revenue has been rising steadily since 2015, but revenue from all sources – including streaming subscriptions, CDs and elevator music royalties – is still below what they were in 1999.

Total industry revenue at the time was about $24 billion adjusted for inflation, and revenue in 2021 was $15 billion, according to the Recording Industry Association of America. (Global sales data from a different music trade group shows a similar trajectory.)

There aren’t an infinite number of people who are willing to pay the going rate in many countries of $10 a month to access a whole bunch of songs on their phone through a service like Spotify. This is what worries people who believe that the digital success of the music industry has reached its peak.

Ben also told me that there’s a concern in the industry that even the biggest songs or albums aren’t as popular as the hits once were. There may be so much music and other entertainment at our fingertips that every new song just isn’t as interesting or valuable as music was even a decade ago.

Ben also wrote that 99% of artists – those not as famous as Beyoncé – tend to say millions of streams of their songs could translate into pennies for them. If the music industry is a success, but so many musicians feel like it’s missing out… is it really a success?

Pessimists could be wrong. People have also been saying for years that Netflix couldn’t keep adding paying customers, but it does, and now the entire entertainment industry is copying its strategy. Many musicians are excited about new ways to reach fans on their own terms, including through the Bandcamp website and non-fungible tokens, or NFTs, which are essentially a way to turn a digital asset into something unique. .

But the combination of fame and anxiety in the music reflects a recurring theme in this newsletter. The pre-internet days weren’t so great, but the frustrations of the digital revolution are also real.

Watch attentively. It is a long chain of wavy, fuzzy and apparently quite poisonous caterpillars. Don’t touch them!

We want to hear from you. Let us know what you think of this newsletter and what else you would like us to explore. You can reach us at [email protected].

If you do not already receive this newsletter in your inbox, please register here. You can also read old On Tech columns.