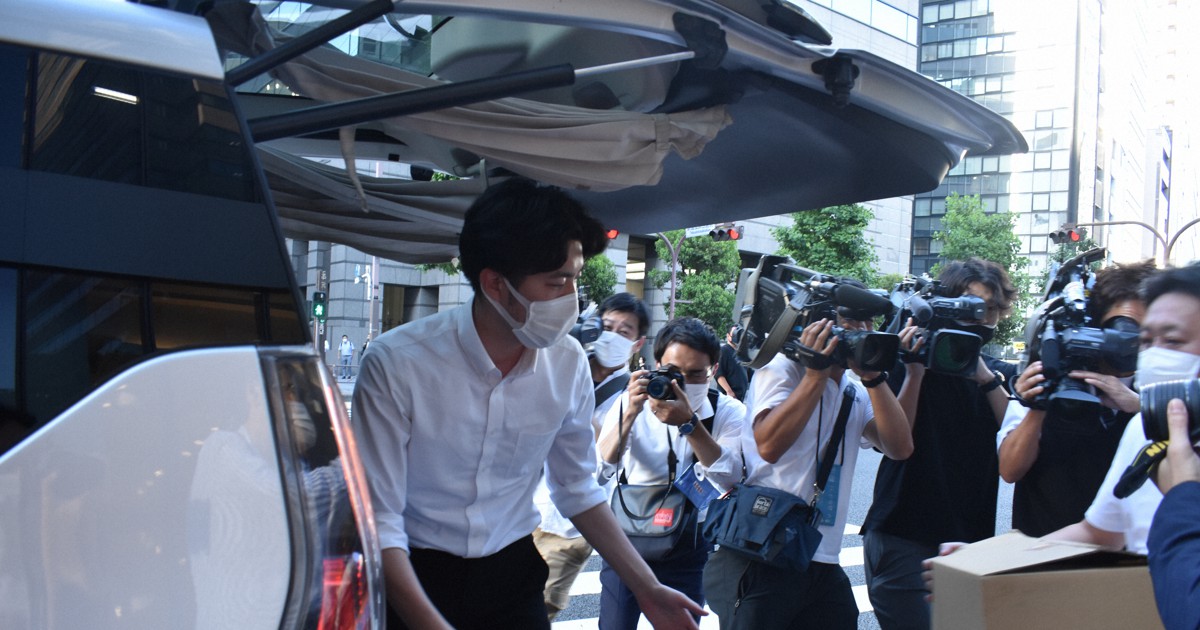 TOKYO – Man suspected of handling brokerage loans involving the former secretary of a former lawmaker and a company not registered as a money-lending firm told prosecutors he handed over a total of around 10 million yen (about $ 87,900) to a former member plan, the Mainichi Shimbun found.

The man, in his 60s, has reportedly provided money on several occasions to former House of Representatives Kiyohiko Toyama, 52, a member of the ruling coalition’s junior partner Komeito. The money was reportedly handed over over about a year from September 2019, when Toyama was deputy finance minister.

The revelation came during the man’s voluntary questioning by the Tokyo District Attorney’s Office’s Special Investigation Unit, and they now appear to be carefully examining why the money was provided.

The man is a former advisor to Techno System Co., a solar-related company in Yokohama. The special investigative unit arrested and indicted members of the company, including its chairman, on fraud and other charges.

In August, prosecutors raided Toyama’s home and other locations linked to an alleged violation of the Money Lending Act on the grounds that people, including Toyama’s former secretary, were involved in the brokerage. loans without recording the money lending activity related to the Japan Finance Corporation (JFC) special loans for coronavirus. JFC is under the jurisdiction of the Department of Finance, and the subject of the search warrant was the alleged broker.

According to the parties concerned, from April 2020, the man received requests for quick loans from several companies in financial difficulty. He reportedly introduced the companies to JFC officials with the help of Toyama’s former secretary, with whom he had a close relationship. The man allegedly took money from Techno System and other companies and handed it over to Toyama.

In total, the man would have negotiated a hundred loans, some of them being made earlier. While it is possible that the money was a reward for brokering the loans, it is also said that some of the money was provided before the special loan system was set up, and prosecutors are investigating carefully about the reasons for the funding.

The man told the Mainichi Shimbun that he could not discuss the details. When Toyama’s home was raided in August, the former lawmaker said he never received any money from the man.

Toyama resigned as lawmaker in February after another scandal.