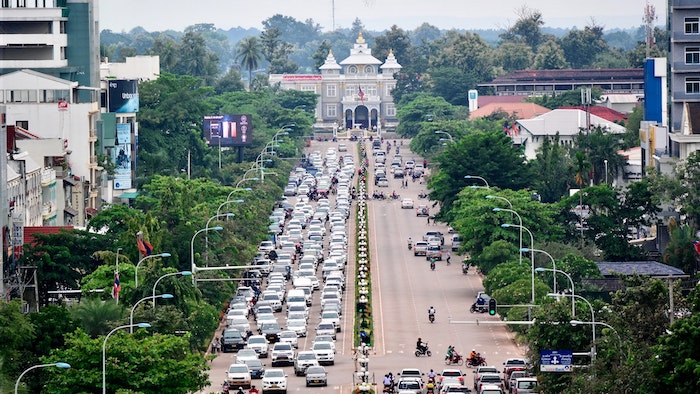 Laos take a slice of POGO cake from the Philippines

The government of Laos has taken its first steps towards licensing online gaming operators with the creation of the Laos Offshore Gaming Authority (LOGA).

The government regulator, the Laos Casino Control Commission, recently held a ceremony to award a license to the Laos Offshore Gaming Authority (LOGA), which is a private company that will act as the lead agent for the industry.

Licensees will be subject to a similar business model as the Philippine Offshore Gaming Operators (POGO), which are able to offer their services outside the country, but not domestically.

Danny too, managing director of Cherry Interactive, who is familiar with the project, said the government is currently finalizing the details of the tax structure and work permits for the online operator’s staff. There will be a limit to the number of licenses available, although the number is not yet known.

Too said, the jurisdiction will have several advantages over the Philippines, such as low labor costs and the ability to obtain a work permit quickly.

“In a nutshell, they will be a much cheaper version of POGOs with good food and entertainment as they build an entertainment city in the LOGA region,” Too said.

The Laos government originally planned to follow a model similar to that used by Cambodia in which online licenses were attached to land-based casinos. However, they have now decided to follow an entirely online model.

Laos will mainly seek to attract operators focused on the Southeast Asian region and Thailand to avoid incurring the wrath of China, which is using its soft power to force regional governments to crack down on gambling. money online.

Although not yet final, the tax structure is expected to be more favorable than in the Philippines, whose attempts to raise revenue from its POGOs have sparked an exodus from the country.

The president of the Philippines Amusement and Gaming Corp (PAGCOR), Andrea Domingo, said last year that the POGOs, who left the country, settled in Cambodia, Vietnam and Laos.

Cambodia announced a ban on all online gambling in August 2019, but Laos is taking a different approach to creating a structured business environment and replenishing its Covid-battered coffers.

After a strong record of growth, the economy shrank 0.5% in 2020 when the pandemic hit. According to figures from the Asian Development Bank, gross domestic product will grow to 3.4% this year and 3.7% next year. However, the recovery is being hampered by debt and rising prices, with inflation expected to outpace GDP growth at 5.8%.

Malaysia had also rethought its approach to online gambling as Covid began to bite, but progress towards the end of last year has now stalled due to the country’s unstable political situation.

In November last year, Malaysia’s Deputy Minister of Communications and Multimedia, Datuk Zahidi Zainul Abidin, said the Ministry of Communications and Multimedia had proposed the drafting of new laws to allow them to tax, regulate and license online gambling. He said a proposal had been made to the Treasury to make relevant amendments to the Common Gambling Houses Act 1953 to cover the online industry.

However, Malaysian Prime Minister Ismail Sabri Yaakob, in office for less than a year, is fighting calls for early elections from his own party, fearing rising prices could cost them power. Political infighting has put gambling legislation on the back burner.

Get cash immediately with Instant Personal Loan from Fullerton India