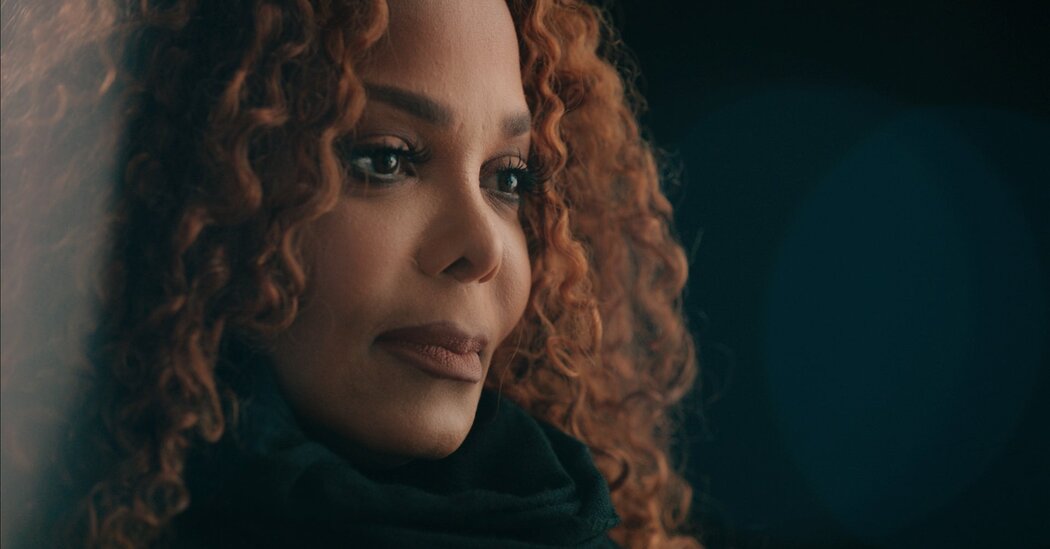 In a new documentary, Janet Jackson hides in plain sight

Throughout her more than two-decade heyday, Janet Jackson was a startlingly modern pop superstar — a risk-taker with a distinctive voice, a keen sense of self-presentation, and an innate understanding of the sheer scale of work. necessary to shake the music world. She was the epitome of authority and command, virtually unmatched in her time and carefully copied by later generations.

But throughout “Janet Jackson,” a four-hour documentary that premiered for two nights on Lifetime and A&E, the highs and lows of Jackson’s career are often presented as some kind of collateral asset or of damage. His brothers were famous at first; Jackson was the brave younger sister who came next. When his brother Michael, then the most famous pop star on the planet, faced his first allegations of sexual misconduct, Jackson lost the opportunity for a lucrative sponsorship with Coca-Cola. When a wardrobe malfunction derailed Jackson’s halftime performance at the 2004 Super Bowl, it was his career that was in jeopardy, not that of his collaborator, rising star Justin Timberlake. .

Curious choice for the first official documentary on one of the most influential musicians of recent decades. But what makes it even more curious is that Jackson herself is the executive producer (along with her brother and manager, Randy). It’s bait and switch, using the lure of access and intimacy – cameras tracked it for five years, we’re told – as a deflecting tool.

“Janet Jackson” is a sanctioned documentary with the feel of an aggregation of YouTube news clips. Jackson is interviewed at length, but largely provides detailed commentary, rarely in color. In some parts, particularly when shown conversing with Randy, she is the one asking questions, especially when the pair return to the family home of Gary, Indiana. At almost every emotional crossroads, the film drops a resounding sound effect, an unconscious echo of the “Law & Order” cha-song, and cuts to commercials. This choice makes difficult moments melodramatic and melodramatic moments comical.

Between elisions, “Janet Jackson” is bolstered by phenomenal archival footage, mostly shot by Jackson’s ex-husband Rene Elizondo Jr., who carried a camera throughout their time together — as romantic and professional partners – with an eye toward a future omnibus archive. We see Jackson in the studio with Jimmy Jam and Terry Lewis, arm wrestling while working on the sound of “Janet Jackson’s Rhythm Nation 1814,” her second album with them and the career sequel “Controlling.” While recording the 1995 single “Scream,” we see Jackson and Michael talking about the lyrics, and Michael asking him to tap into the vocals of his rock hit “Black Cat.” There are sleepy but telling footage of a meeting with Coca-Cola as Jackson is offered that sponsorship, as well as tabletop scenes read from the 1993 film “Poetic Justice,” in which Jackson starred alongside Tupac Shakur.

As for the drama – there is no drama, this film insists. Everything is fine. Joe Jackson, the family patriarch, is presented as a beacon of hard work and discipline, not abuse, without which the children’s success would have been impossible. Jackson’s exes — James DeBarge, Elizondo, Jermaine Dupri — are largely forgiven for their improprieties. Her third husband, Wissam Al Mana (they separated in 2017), is never named, but the son they share, Eissa, is mentioned and briefly shown. As for the Super Bowl performance that derailed her career, well, Jackson and Timberlake are great friends, she said.

Or maybe something else is going on. “She’s continually suffering in private and doesn’t involve any of you,” says Wayne Scot Lucas, her longtime stylist.

That seems to include Benjamin Hirsch, the film’s director and the one who asks Jackson questions. In several segments, Hirsch uses the audio of his request to provide a fuller picture of the incomplete response he receives. His demands are gentle but direct, with only a shred of awkwardness that comes with nudging a famous and reputably private person in an uncomfortable direction. Often when investigating, Jackson is in the back seat of an SUV, being chauffeured to a location designed to trigger a memory; the most vulnerable aspect of these scenes is physical closeness, a closeness of shared space which is an indicator of the actual closeness of shared feelings.

When the limelight is ceded to others, especially Jackson’s backstage collaborators like Lucas and dancer Tina Landon, little flickers of clarity emerge. And a fuller appreciation of Jackson’s artistry comes from Jam and Lewis (who also serve as musical supervisors on the documentary) and his former choreographer Paula Abdul. Plenty of other superstars are rounded up – Whoopi Goldberg, Mariah Carey, Samuel L. Jackson, Barry Bonds (!), Missy Elliott – just to shower Jackson with platitudes, a colossal missed opportunity.

It’s rude to dwell on what isn’t covered here, but given that official documentaries can tend towards hagiography, there’s dangerously little analysis or appreciation of the music or videos of Jackson, just affirmations of their greatness. The only exception is Questlove, who talks about pleading for his election to the Rock & Roll Hall of Fame. Jackson’s life has gone through many traumas, but this film mostly recalls them in a hazy way and doesn’t make a strong enough case for his triumphs. Plus, the editing is jerky and the lighting is often garish – a tabloid-style production for an artist who deserves vanity treatment.

But the veil comes from inside the house. Even in her pop heyday, Jackson was often reluctant, and years of public scandal that tarred her even from afar apparently didn’t prompt her to do much more than shrug and retreat.

By this measure, the film is a success. And sometimes the reluctance is made literal. When Jackson’s mother is questioned about Michael’s death, she hesitates a bit and someone off camera, apparently Jackson, asks her if the questioning is too much for her. She indicates that it is, and they move on. And when Jackson talks about her father’s death — “I had the opportunity to thank him, thank God” — it’s the rare moment when emotion gets the better of her. After a slight shudder, however, she erects a wall: “OK, Ben, that’s enough.” And even.