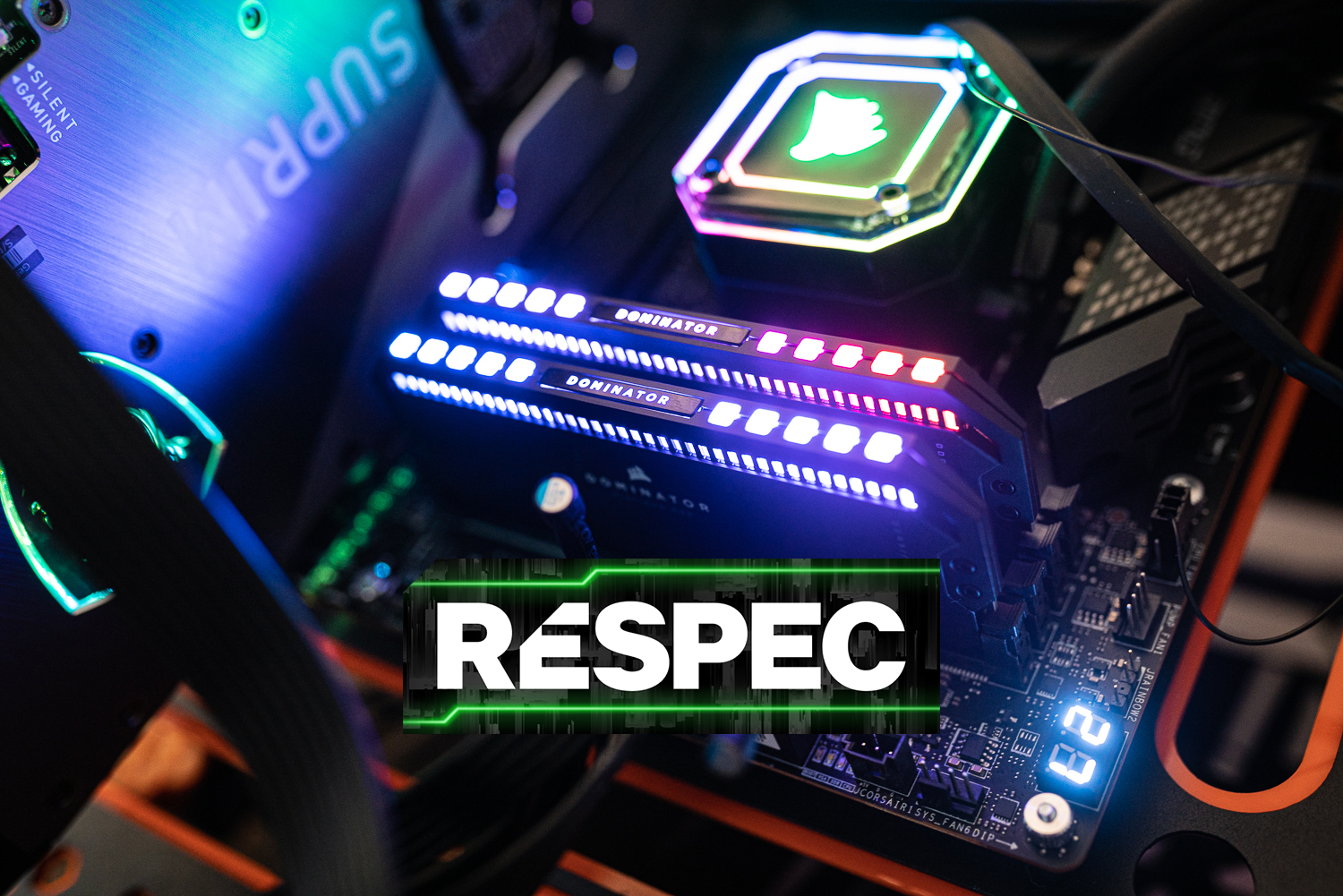 How DDR5 Can Improve PC Gaming While Being an Unnecessary Upgrade

DDR5 – that’s all PC gamers can do now that the AMD Ryzen 7000 is about to launch. Although Intel has supported DDR5 since the launch of its 12th Gen Alder Lake CPUs, Ryzen 7000 is the catalyst that will kill last-gen DDR4 for good. The next time you upgrade your PC, you’ll need DDR5, but paying for a faster memory kit may not translate into real performance gains.

One of the best DDR5 kits will still deliver a great gaming experience, but the delicate balance between speed and latency puts high-end DDR5 in a precarious position. On the one hand, faster DDR5 may offer practical differences in some games, but on the other hand, even faster kits may result in lower performance. And in some games, RAM speed doesn’t matter.

That sounds like a lot, and it is. But stick with me, and I’ll help you figure out what to look for when buying your first DDR5 kit so you can skip the misleading marketing and have the best gaming experience possible.

Beyond Speed ​​- An Introduction to RAM Speed

RAM is confusing. It has a specific nomenclature that does not apply to other components in your system, as well as many specifics. The term “RAM” is not even a correct phrase to use, as it is commonly used to describe DRAM despite the fact that it is a generic term that can apply to other types as well of RAM.

Gamers mainly care about the main spec marketed on RAM kits: frequency. Frequency is actually the data rate of memory (expressed in megatransfers per second), but you can still think of it as a frequency like you would a CPU or GPU. It’s one of the few specs that RAM shares with your other components, and you’d be forgiven for thinking that higher frequency means faster speed. This is not always the case, however.

Going a little deeper, you have the CAS latency of the RAM (you’ll see it as “CL38” or something similar on DDR5 cases). This is the time it takes for RAM to transmit data when called upon by the CPU, and lower latencies are preferred. Using CAS latency and data rate, you can calculate the actual latency by dividing the CAS latency by the data rate and then multiplying by 2000. DDR4-3200 memory with a CAS latency of 14, for example, has a latency of 8.75 nanoseconds.

Memory speed is important for games. By how much is a different question.

It’s important to consider both data rate and CAS latency when choosing your RAM kit, because a faster, more expensive kit on paper may actually give identical performance to a less expensive kit. dear. I’ll dive deeper into that in the next section, so hold on tight.

At the start of a new memory standard like DDR5, you’re usually looking for high latencies so companies can market high speeds (regardless of how that balance actually shakes performance). This is not the case with DDR5, however. It has already matured enough that the bandwidth improvements outweigh the higher latencies compared to DDR4. This means that the speed of your DDR5 is actually important for gaming. By how much, however, is another question.

With the tech chatter aside, let’s get to the fun stuff: benchmarking. I tried three DDR5 kits at different data rates and latencies to see if there was any difference in gaming performance, and found some differences in some titles.

I ran all my tests with an Intel Core i9-12900K, 12GB Nvidia RTX 3080, and MSI Z690 Carbon Wi-Fi motherboard. The relationship between CPU and RAM is critical, so keep in mind that DDR5 performance with AMD’s Ryzen 7000 processors may be different from what I found here. It should, however, be broadly similar to previous generations from AMD, with a similar architecture to the helm.

Most, if not all, DDR5 kits will run at 4800MHz out of the box, so you’ll need to enable Intel Extreme Memory Profile (XMP) or AMD’s new EXPO standard for advertised speed. Switching to the DDR5-5200 kit did not provide an immediate improvement. In fact, I’ve seen slightly slower results in Equipment Tactics, but F1 2022 recorded a solid improvement of 3%.

This trend continued in DDR5-6000, with Gear Tactics jumping 3% and F1 2022 an additional 8%. That quickly changed with the PNY XLR8 Gaming DDR5-6200 Kit. In fact, I’ve seen lower performance in Gear Tactics and an identical result in F1 2022. Then there was Red Dead Redemption 2, which I will come back to that in a moment.

I should note that this PNY kit was the only one with three XMP profiles on board, including a DDR5-5600 option that matched my DDR5-6000 results.

If you put your math cap on for a moment, these results make sense. The DDR5-6000 kit actually has the lowest real latency of the three, so it performs the best of these kits. Lower latency isn’t inherently better across memory generations, so always take it in the context of bandwidth. Solid DDR4-3200 CL14 kits still have lower latency overall, but the reduced bandwidth means they don’t perform as well as DDR5 kits with higher latency.

For the next generation, the balance between CAS latency and speed is important so that you don’t buy a kit you don’t need. In the previous generation, we saw this dynamic between DDR4-3200 CL16 and DDR4-3600 CL16. The 3600MHz kit is certainly faster, but the latency is identical. This means that spending on a DDR4-3600 kit would effectively be wasted money.

This is what we see here with DDR5-6000 and DDR5-6200. With nearly identical latency, you’ll see identical or slightly lower performance with the faster kit, especially depending on the memory inside.

Much like raw data throughput, you shouldn’t put all the value on latency. Red Dead Redemption 2 is a prime example that the games you play are the biggest influence on performance. I saw no difference between the four DDR5 speeds tested, which goes to show that this game isn’t particularly memory speed sensitive (it’s GPU bound in many cases, as you’ll typically find with modern games).

Which DDR5 kit should you buy?

While it’s worth looking at DDR5 speeds and their impact on gaming performance, this raw data doesn’t tell you which kit to buy. After all, you can’t just buy a bunch of RAM kits to find the best speed for the games you play.

If you want to upgrade to DDR5-6000, you’ll spend a minimum of $220 for the same capacity. Beyond that, it’s all fair game, with some kits going as high as $300 or more. Obviously, the extra $70 won’t get you the extra performance in every game, but as DDR5 prices continue to drop, we’ll likely see prices tighten between different speeds.

The DDR5 memory you buy depends entirely on the games you play.

So which DDR5 kit should you buy? At current prices, a solid DDR5-5200 kit is all most people need, offering a solid bump in CPU-limited games without costing much more than DDR5-4800. AMD says the sweet spot for the next Ryzen 7000 processors is DDR5-6000, so I’ll come back to that once we have new processors in hand. For now, you don’t need to climb that high.

As is always the case with computer hardware, it all depends on the games you play. As I wrote in my last article on upgrading your gaming CPU, you can learn a lot about which components you need to upgrade by analyzing the games you play. A great open world game like Red Dead Redemption 2 may not care about faster memory, but CPU limited title like F1 2022 greatly favors it. Ultimately, the games you want to play should be your touchstone for making informed PC upgrades.

This article is part of ReSpec – an ongoing bi-weekly column that features in-depth discussions, tips and reports on the technology behind PC gaming.