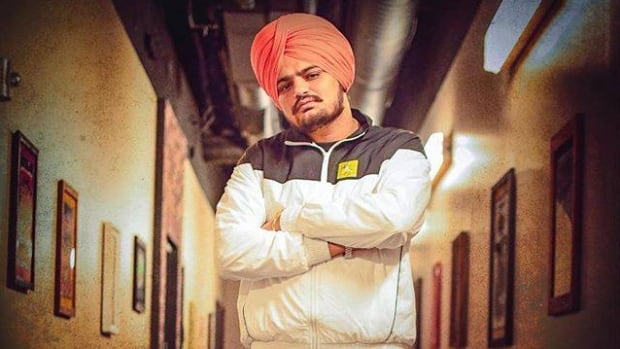 Punjabi-language rapper and music producer Sidhu Moose Wala has been shot dead in India, officials say. He was 28 years old.

Moose Wala was born in Moosa, a village in Mansa district of Punjab, India in 1993. He moved to Brampton, Ontario after earning a degree in electrical engineering in India in 2016.

He was famous worldwide, especially in the Punjabi diaspora, for his busy rap performances and slick music videos.

Police said Moose Wala left his home around 4:30 p.m. local time on Sunday, driving a jeep with two other people.

At around 5.30pm, police said occupants of three vehicles – one behind Moose Wala’s vehicle and two beside it – fired into the vehicle while in Jawaharke village, Mansa district .

I am shocked and deeply saddened by the horrific murder of Siddhu Moosewala. No one involved will be spared. My thoughts and prayers go out to his family and his fans around the world. I call on everyone to stay calm.

Moose Wala was injured and pronounced dead after being taken to hospital, police said, adding it was likely the killing was the result of “gang rivalry”.

The rapper, who also had an acting career, had joined the Indian National Congress party last year.

He had contested the Punjab state elections in 2022, losing to Dr. Vijay Singla of Aam Aadmi party, which is the ruling party in Punjab state and Delhi.

The murder of Shri Sidhu Moose Wala, Punjab Congress candidate & a talented musician came as a terrible shock to the Congress party & the whole nation.

Our deepest condolences to his family, fans & friends.

We are united & undeterred in this time of extreme grief. pic.twitter.com/v6BcLCJk4r

Emblematic of the Punjabi diaspora

Moose Wala found great success in the Punjabi-language rap scene after moving to Canada. He performed to sold-out crowds in Winnipeg and Toronto, and was also an iconic figure in Surrey, British Columbia, home to Canada’s second-largest South Asian population.

He was scheduled to perform at the Pacific Coliseum in Vancouver on July 23 as part of his Back 2 Business Tour, an eight-city tour across Canada. The concert was part of the Pacific National Exhibition (PNE), an annual summer fair in Vancouver.

PNE spokesperson Laura Ballance said ticket sales for the Moose Wala concert had been delayed as organizers checked security details and discussions were due to be held with the musician this week regarding security.

“It’s sad to see someone who is clearly a talented artist, no matter what people think of his music, who had a large fan base…be the victim of any form of violence,” she said. declared.

Moose Wala’s music deals with themes of violence, bravado and machismo, particularly with regard to Punjabi men, and the situation in his home country. He was a strong supporter of widespread farmer protests in India.

The rapper released a few singles in 2017 shortly after moving to Canada. His first album PABX 1 was released in 2018, and subsequent albums charted in Canada and internationally.

His music videos frequently garnered millions of views in a short time, and featured careful production and camerawork. His 2018 song, It’s all about you was the most watched YouTube video on Valentine’s Day in 2018.

He then got his own eponymous record label and starred in the 2021 Punjabi language film. Moosa Jatt. He got into politics ahead of the Punjab elections in December 2021.

Moose Wala had a performance canceled in Surrey in 2019 due to security concerns from the RCMP and the city, after a previous stabbing at one of their concerts in Surrey.