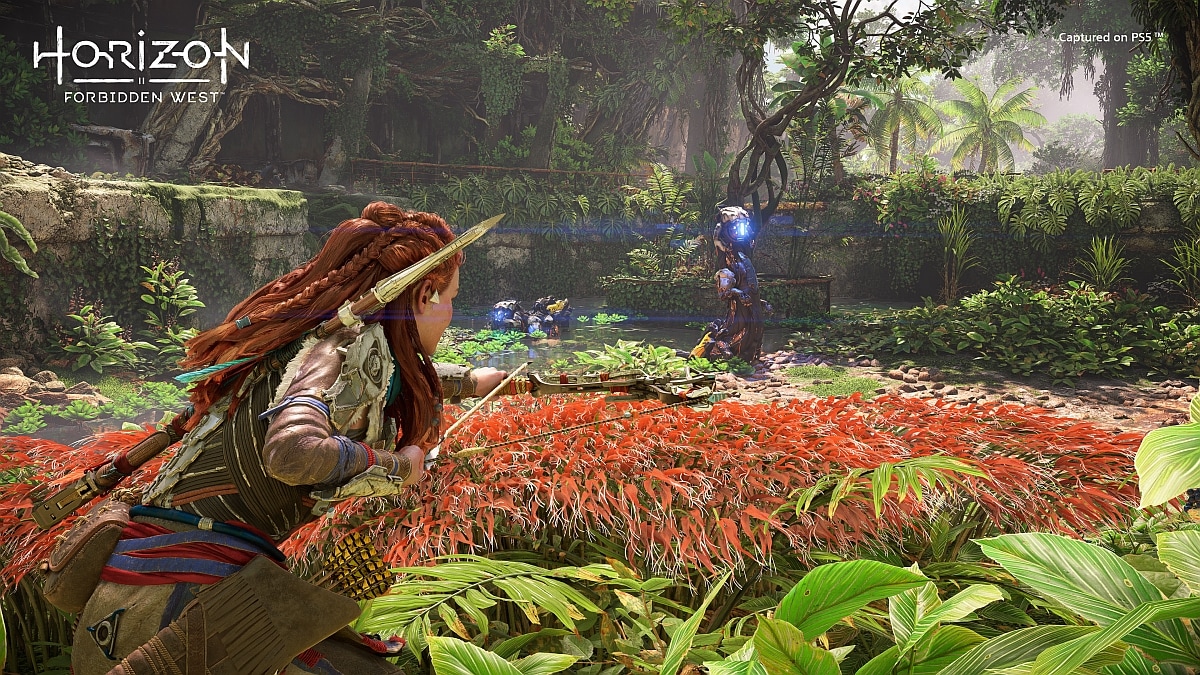 Elden Ring, Horizon Forbidden West, Dying Light 2 Stay Human, and Sifu are slated to arrive in February, with a variety of titles on offer for players of all genres. Racing fans can look forward to the release of Grid Legends, while action RPG fans can look forward to Horizon Forbidden West and Elden Ring. Destiny 2 is also set to receive its biggest update yet, with the arrival of the upcoming Witch Queen expansion. Players will be able to fight to survive in the apocalyptic open world Dying Light 2 Stay Human, or speed through the latest side-scrolling indie skateboarding title OlliOlli World.

Fans of fighting games and beat ’em ups can also dive into titles like The King of Fighters XV and Sifu in February. The former promises to resurrect fan favorites from previous titles in the franchise, while the latter features an interesting aging mechanic that grants more power and less health as the player character ages. Rumbleverse will unfortunately not be available in beta form for PC users until February, after the game has been indefinitely postponed.

If you’re looking for your next favorite game to grab in February, here’s our handy guide to some of the most exciting titles you can expect for PC, PlayStation 4, PlayStation 5, Xbox One, Xbox Series S, Xbox Series X, and Nintendo Switch.

Life is Strange was originally released in 2015 for PlayStation 3, PlayStation 4, Xbox 360, Xbox One, and PC. The remastered version brings enhanced visuals and vastly improved animations in the storyline. The protagonist, Max Caulfield, a photography senior, is able to rewind time at will as Chloe struggles to come to terms with her past as they go in search of classmate Rachel Amber in the dark side of ‘Arcadia Bay.

Life is Strange Remastered is offering a “Zombie Crypt” outfit for Chloe for people who pre-order the game. However, the outfit will only be available in Life is Strange: Before the Storm Remastered.

Dying Light was first released in 2015. Seven years after the first installment of the game, Techland plans to release the second edition in February this year. After losing the fight against the virus in Harran some twenty years ago, Dying Light 2 introduces a new character – Aiden Caldwell, the new protagonist, to be part of this journey. Techland recently took Twitter to reveal the playtime of their game and that’s a massive total of 500 hours (with all main and side quests explored).

Publisher Roll7 is set to release the third installment in the OlliOlli franchise – OlliOlli World. The upcoming skateboarding title features the same platform structure that is set across multiple regions. Roll7 co-founder John Ribbins previously called OlliOlli World “a love letter to skateboarding”, and the game features a bold new design and a livelier landscape. Quick play will also bring multiple checkpoints to each level, so there’s no need to start over. However, the biggest change to OlliOlli World is the addition of alternate routes through Radlandia and a multiplayer mode allowing users to beat others who have played each level. Players will also be able to share a stage with a friend so they can try to beat your OlliOlli World score.

A year after its announcement, Sifu (meaning teacher) is finally set to arrive as a 3D action-adventure game that focuses on the life of the main character as he becomes a master of kung- fu as the game progresses. The game promises an authentic experience, and the developers brought in kung fu master Benjamin Colossi for the choreography. Sifu features an interesting “aging” mechanic – as the character ages, they gain more experience and become more powerful, at the cost of reduced health. Players will need to identify and use an optimal strategy to progress while using shrines to heal and boost their character’s abilities in the game.

When: February 10
Where: Xbox One, Xbox Series S/X

CrossfireX adds to the ever-growing list of first-person shooters. The game developed by Remedy Entertainment and Smilegate is the third installment in the ongoing series of Crossfire. The game features multiple game modes, including a campaign mode where you can explore the conflict between the Blacklist and Global Risk teams. Players can also enjoy multiplayer lobbies with modes like team vs. team. CrossfireX is optimized for the Xbox Series S/X and it can shell out frame rates up to 120 fps.

The King of Fighters is a game franchise that has managed to maintain a loyal fan base for over 28 years. The game’s fifteenth installment arrives in February, six years after the release of King of Fighters XIV, and is built on Unreal Engine 4, which should ensure the game looks better than ever. Players can expect to see main character Shun’ei, along with rivals Isla and Dolores, while SNK has also resurrected popular fighters who will return to the game. Online gameplay should also get a boost with the long-awaited addition of GGPO (rollback netcode) to The King of Fighters XV.

One of the most anticipated games on this list is arguably Horizon Forbidden West. Sequel to the critically acclaimed Horizon Zero Dawn, it was supposed to be released in late 2021 but was delayed due to the COVID-19 pandemic. It features Aloy, the prequel’s protagonist, who must brave “distant lands, battle larger and more impressive machines, and encounter amazing new tribes.”

Destiny 2 is a free-to-play online multiplayer first-person shooter that was launched in September 2017. Five years after launch, the game is getting another expansion pack by the name of Destiny 2: The Witch Queen. This DLC adds new maps, weapons, missions, dungeons and much more. The Witch Queen lets you roam the new location, the Throne World of Savathûn, in the Ascendant Realm. Players will be able to obtain more than the usual 12 mods through experience gains. However, these will have an increasing experience rate.

Bandai Namco’s latest game is a third-person RPG game developed by FromSoftware. In Elden Ring, players must fight and explore castles, fortresses and crypts in the kingdom of Intermediate Lands in order to restore the Elden Ring by locating the Great Runes and become an Elden Lord. Elden Ring won the Most Anticipated Game award at The Game Awards 2021.

According to producer Yoshihuro, Elden Ring is the “perfect” game for users who felt a little uncomfortable or stressed while playing games like Dark Souls. Director Hidetaka Miyazaki felt that Elden Ring is “very difficult” – almost as hard as Dark Souls 3 – but said it can be handled through many options and strategies players can use.

The fifth installment in the Grid franchise, Grid Legends is the latest racing title from Codemasters. Grid Legends was first announced during the EA Play Live event in July 2021. Players will be able to choose from a long list of tracks and cars while being subjected to the biggest career mode of any Grid title yet. day.

In a new documentary, Janet Jackson hides in plain sight