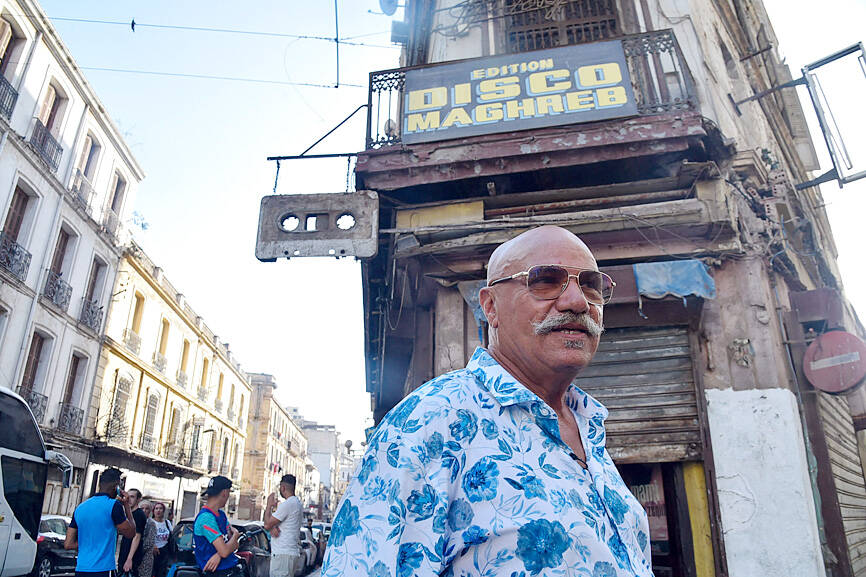 DJ Snake revives the fortunes of an iconic record store

Legendary Algerian music label Disco Maghreb, which launched the careers of some of the raï folk-inspired genre’s most famous stars, has enjoyed a revival thanks to a hit song by DJ Snake.

Yesterday, the label’s miniature headquarters in a long-closed record store in the eastern city of Oran was due to receive another high-profile guest: French President Emmanuel Macron, whose official visit would focus on raising awareness among young people in that country. from North Africa.

Cheb Khaled, Cheb Mami, Cheb Hasni and Cheba Zahouania are among the most famous stars of the genre, which emerged in the 1920s in Oran but became a major world music genre in the 1980s, particularly popular in the former colonial France of Algeria.

French-Algerian singer DJ Snake paid homage to the genre in his song Disco Maghreb, which has been viewed 78 million times on YouTube alone, and prompted an influx of young Algerians to take selfies in the shop with his iconic model cassette. hung outside.

The singer, real name William Sami Grigahcine, also posted a video of him visiting the famous corner shop in Oran.

“I imagined ‘Disco Maghreb’ as a bridge between different generations and backgrounds, connecting North Africa, the Arab world and beyond… It’s a love letter to my people,” wrote DJ Snake on Twitter in May.

Inside the shop, barely touched in years, cassette tapes pile up on the shelves, surrounded by vintage audio equipment that might be in an antique museum.

Most DJ Snake fans are from the YouTube and TikTok era, but they’re happily lining up for photos with Benhaoua and his vinyl collection.

She said she was bringing her children for a visit and to take pictures, as they live in France.

Although the store has been closed for years, Benhaoua said he wants it to become “a place for artists to meet and discover new talent”.

Benhaoua said the young singer also shone the spotlight on Oran, with his music video of young people on mopeds and dancing in the street filmed in the city.

Many social media outlets said the clip had done more to promote tourism in the city than official tourism agencies.

Benhaoua said that DJ Snake had “the qualities of a great man”.

“He sympathizes with people with modest incomes, he himself grew up in these conditions,” he said. “He’s not just a singer, but like a member of the family.”

Comments will be moderated. Keep comments relevant to the article. Remarks containing abusive and obscene language, personal attacks of any kind or promotion will be removed and the user banned. The final decision will be at the discretion of the Taipei Times.

A difficult time ahead for the sea