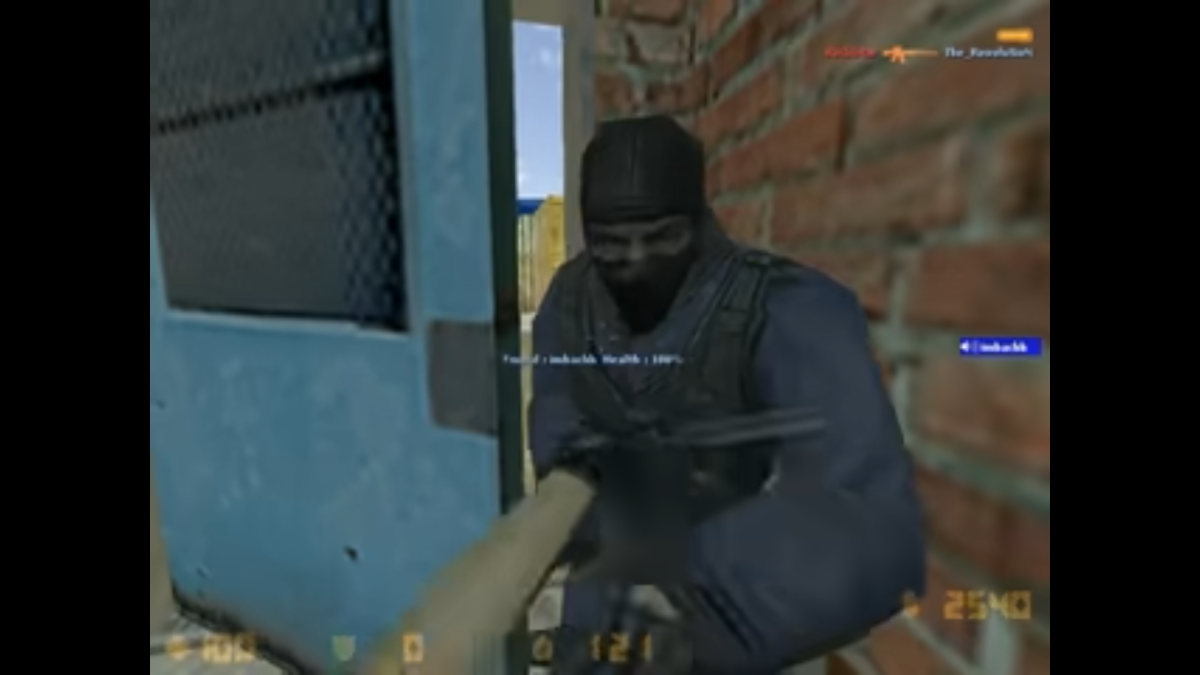 One of the most famous Counter-Strike videos of all time got hit with YouTube’s inevitable bogeyman: copyright claimed by someone who doesn’t own it. The 35-second video has been an eternal joke in the CS scene since it was uploaded in 2007, and even has a CS:GO spray dedicated to it.

In the clip, a knife-swinging player trolls his teammate, who raps Snoop Dogg and Pharell’s Drop It Like It’s Hot in a voice chat over a very grainy 2007 microphone. Following the other player and swinging his knife, Original Uploader Kinetik001 corners them in a doorway. They proceed to completely lose your mind and start yelling a lot, just yelling “Door Stuck!” as all logic, reason and ability fails them and they result in extremely 2007 FPS insults. Both are then killed by the enemy team, but not before the guy stuck in the door kills.

“Yo, I’m adding this guy to my friends,” said the last voice on the chat.

After nearly 24 million views, however, the video has been hijacked by someone claiming the audio copyright to it. Bob Tik, apparently, says Door Stuck’s in-game audio is their own original music.

It’s really nothing new at this point, just another example of how dishonest people and automated systems have turned YouTube into a horror show of copyright claims and stolen revenue from monetized videos.