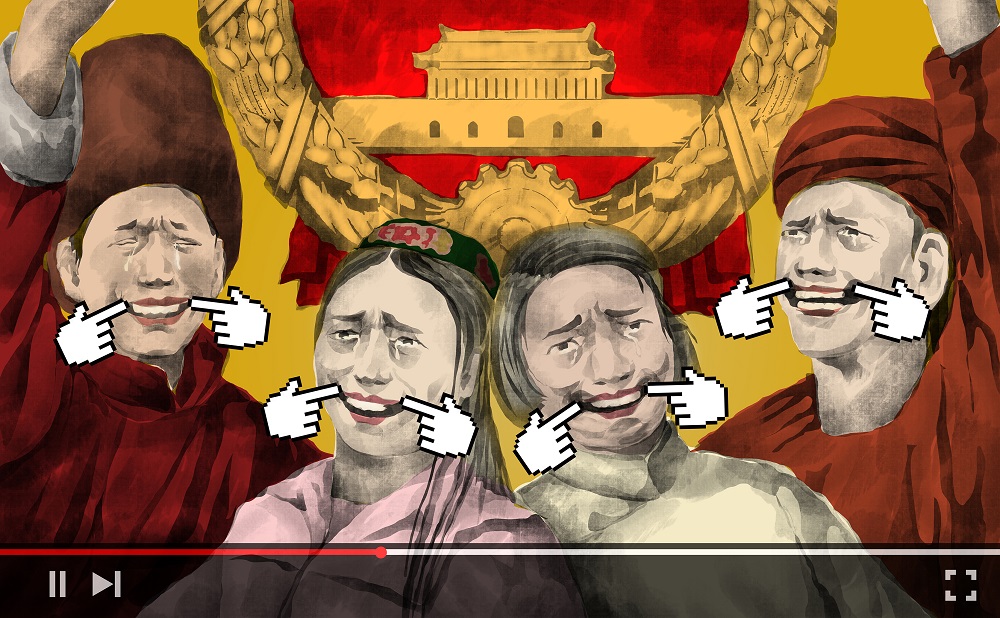 China’s party-state covers up human rights abuses and oppression in border provinces such as Xinjiang through an increasingly sophisticated propaganda and disinformation campaign. Our research, published today in a new ASPI report, Border influencers: the new face of Chinese propaganda– found that China is using popular Uyghur, Kazakh and other minority influencers on YouTube to promote a whitewashed image of the regions.

We reviewed 1,741 videos posted on 18 increasingly popular YouTube accounts featuring influencers from the troubled border regions of Xinjiang, Tibet and Inner Mongolia. For ethnic minority influencers, mostly young and female, to have such an active presence on a Western social media platform is highly unusual and would normally be dangerous in China.

But, as we reveal in our report, these “border influencers” are carefully vetted and considered politically reliable. The content they create is tightly circumscribed by self-censorship and oversight by the private agencies they work for and the national video platforms where they post their videos before they are reposted on YouTube.

In a key case study, we show how border influencer content was directly commissioned by the Chinese party-state.

The videos show a standardized, secular and pristine image of these regions, with women who are modern, Sinicized and loyal to the Chinese Communist Party. This subtle propaganda shows a vision of President Xi Jinping’s “beautiful China”, a vision that is cleansed of politics and religion and instead shows an idyllic natural environment and innocuous cultural elements such as cooking or dancing. .

In some of the videos, however, the influencers also explicitly push back against established international concerns about human rights violations. As one influencer put it, “People are happy and all ethnicities live together harmoniously.”

For viewers, the video content appears to be the creation of these individual influencers, but it is actually what is known in China as “professional user-generated content”, or content produced with the help from special influencer management agencies known as multi-channel multi-networks (MCN).

The channels are carefully produced to appear authentic, giving them more credibility than traditional party-state media, which can often be rigid and didactic. However, the channels are produced by the MCNs, which as companies are linked to the CCP. Some of the CMNs have internal CCP committees within them. All multi-channel networks are required by Chinese law to ensure that their talents adhere to the CCP’s values ​​and promote its agenda.

By providing capital and resources, MCNs are able to ensure the continued production and release of content from creators’ channels, helping them to become viable online brands. It also means that they are able to produce “positive” content about these regions to shape online political discourse beyond China’s borders, especially on topics that could disrupt the CCP’s strategic goals.

As previous research from the Brookings Institution has shown, search engine algorithms tend to prioritize new content and channels that post regularly. This gives the Chinese party-state media, foreign pro-CCP vloggers, and ethnic minority vloggers we examine in our report a distinct advantage over, for example, unique, thoroughly researched, and highly credible video reports of violations. of human rights in Xinjiang by the New York Times.

Since YouTube is blocked in China, creators based in the country are normally not allowed to monetize their content on the platform. But, worryingly, MCNs have deals with YouTube that allow them to monetize their content, resulting in a situation where the video-sharing site effectively curbs Chinese state-sponsored propaganda and disinformation efforts.

Frontier influencers represent, in the words of a Chinese propaganda expert, “guerrillas or militias” fighting on the flanks in the “international arena of public opinion”, while party-state media or “the regular army” “charges, kills and advances in the front line”. Platforms like YouTube should not supply this militia with their ammunition.