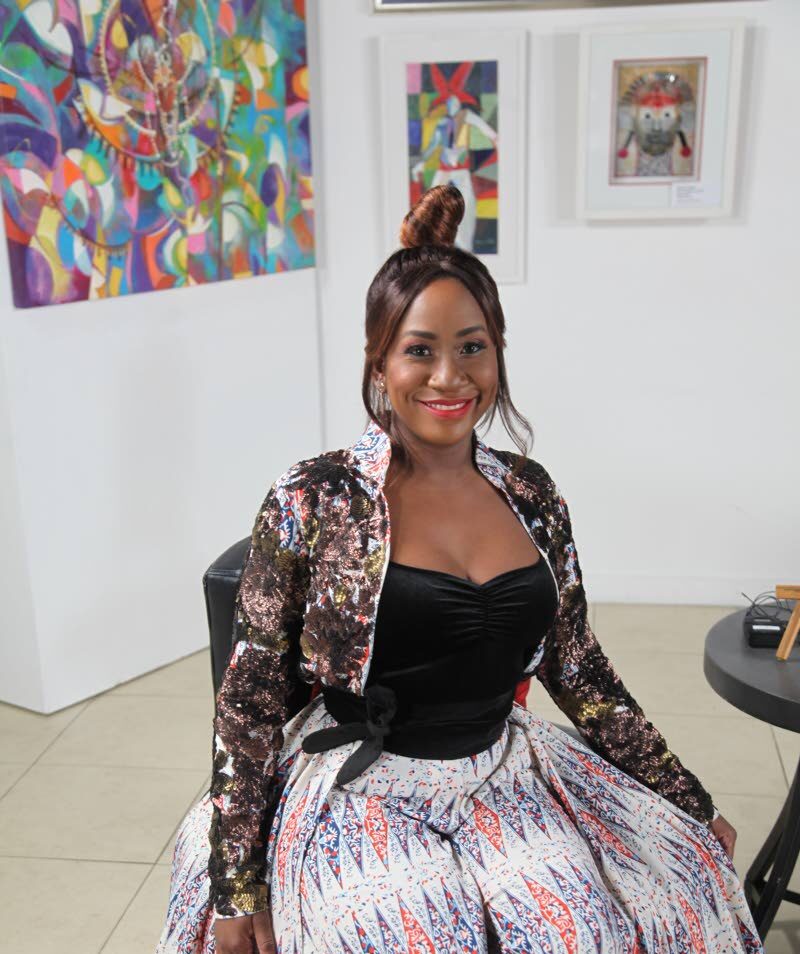 Entertainment and sports lawyer Carla Parris founded The Business of Carnival (BOC) four years ago as the world’s first such web series.

Her intention to educate viewers on the legal and business side of the industry in a new way led her to launch it on YouTube and Parris is delighted to announce that it will be available for international viewing on all Roku devices and platforms in the US, UK and Canada.

It garners over 56 million monthly viewers in the United States alone and will further expose the world and the Caribbean diaspora to key contributors to the carnival industry while shedding light on its ins and outs.

Parris said the BOC team is excited about the possibilities ahead and briefly chronicled the show’s growth over the past four years.

“This show started as a passion project, born out of my realization that education was absolutely necessary in the entertainment industry. It was just meant to be this fun creative project that I created with the spirit of service, to fill a serious knowledge gap in the market.It was never originally intended to be a commercial product.

Parris said that when she pitched the concept to a few local TV stations and received no feedback, her sister encouraged her to try filming on her own.

“Since we had no budget for sets, the first two seasons were shot in my uncle and aunt’s living room and we turned the place upside down for two days to make it a home theater set. While I have enjoyed the process of making independent films, the reality is that it has also been a severe financial strain.

When she realized the great interest in the content after the first year, she determined that the show could gather a larger audience and could have a wider educational impact as a commercial product.

“We have started the process of finding brand partners. This journey has been extremely stressful and exhausting as we are still largely a country where businesses understand partnerships with brick and mortar businesses as opposed to those in the film and creative industries. I am grateful to agencies like Tourism Trinidad, The Sanctuary Day Spa and Paul Mitchell of LA whose partnership over a few seasons allowed us to offset some of the production costs. For the past four years, the first three months of my life was spent just producing the show, so I wasn’t practicing law as much as I had gotten used to, I had to come up with some really creative ways to balance my time between performing and practicing and it was not an easy trip. So this Roku deal feels like years of financial sacrifice, belief in the vision has paid off.

During the first season, the team began the journey by filming in TT and Barbados, which were streamed on YouTube. During the second season, they ran the Hollywood edition, after which they were featured by the Caribbean Airlines app Caribbean View for the third season. Then, the BOC team was picked up for television broadcast by TTT and partnered with them to create season four.

Parris said she was excited that the show will share the business trips and lessons of 19 guests from TT, Barbados and Los Angeles who are, in their own right, at the forefront of what they do. In addition to the guest lineup, which includes fashion designers, conductors, photographers, music producers and performing artists, various talented professionals who made the show possible will present their companies of the entertainment industry internationally.

“I have noticed that TT business owners in industries such as oil and gas, food and beverage, information technology and tourism often focus on creating, marketing and selling products, but almost never set aside budgets to ensure key legal aspects of their business, such as confidentiality and protection of sensitive information, are implemented Key areas, such as ensuring that the names of mark can be protected as trademarks and issues, such as ensuring that they do not violate laws regarding the use of the creative work and intellectual property of others, are often ignored.

In many episodes, the emphasis is on the importance of entering into written agreements to generate royalties, which proved even more relevant during the off-peak period for earning opportunities for creative professionals at most. due to the confinements and limited gatherings put in place to limit the spread of covid19.

“I have received feedback from many people in different fields who have watched the show over the years. They said the show advised them on how to structure their business so that they could enter into licensing agreements effective for music, videos and how to strike suitable deals with international celebrities who provided brand endorsements for products and services.

Regarding the current limitations that gave rise to the A Taste of Carnival concept, Parris said, “The current state of affairs in the local carnival industry shows why a show of this nature is necessary, as issues such that pre-staging budget planning for events, and in-depth market analyzes of changing customer needs and audience tastes are essential for data-driven decision-making.

“I am pleased that this deal has been finalized at this time, especially during a season when many of our private sector creative entrepreneurs are not able to win in a way that they would have become accustomed to, following from the abridged version of Carnival. This exhibition has the potential to provide business opportunities to featured entrepreneurs. This can create an opportunity for them to ply their trades in foreign markets such as the United States, Canada, Europe and across the African continent where various carnivals and similar types of cultural festivals are held.

Parris said she was aware of cases where carnival groups emerging across Africa approached Caribbean designers for collaboration, which marks a turning point in the evolution of the industry. She is optimistic that the future holds potential business investors coming to the region, who can build collaborative relationships with local and regional players, secure distribution deals with artists and scene makers, as well as than cross-industry agreements, because the entertainment industry is symbiotic. – it is flourishing, is interacting with industries such as technology, cinema, tourism, which are increasingly seen in foreign markets.

“We hope it will also help build bridges across cultural oceans.” These bridges, she said, will involve a deeper understanding of Carnival’s many characteristics, each participant’s contribution, its benefits, and how increased exposure to collaboration can help drive growth and development. industry development.

“It would inevitably have a top-down effect on everyone involved – conductors, costume designers, figure masters, panelists, hoteliers, traditional carnival designers and other small vendors who all have their own stories and trades, and who, of course, benefit greatly. the increase in income generated during the carnival.

She said she was always happy to be contacted by university students in the region, and even some based outside the region with questions regarding legal issues after encountering the BOC series on YouTube.

“They said they referenced certain aspects of certain episodes in the review material. It was an additional inspiration and motivation to continue the show in the direction of seeking income generating opportunities. I realized that the value of the show was greater than I had originally imagined.

“The BOC on this global streaming platform will be a celebration for everyone. From the production team, fashion designers, make-up artist, hairstylist – all of the richly talented individuals who shared their services, stories of perseverance and success amid challenges, and the gifted creative professionals who contributed to the product finished. We are proud to share this product and our culture with the world and to have been asked to enter into a licensing agreement with Roku.