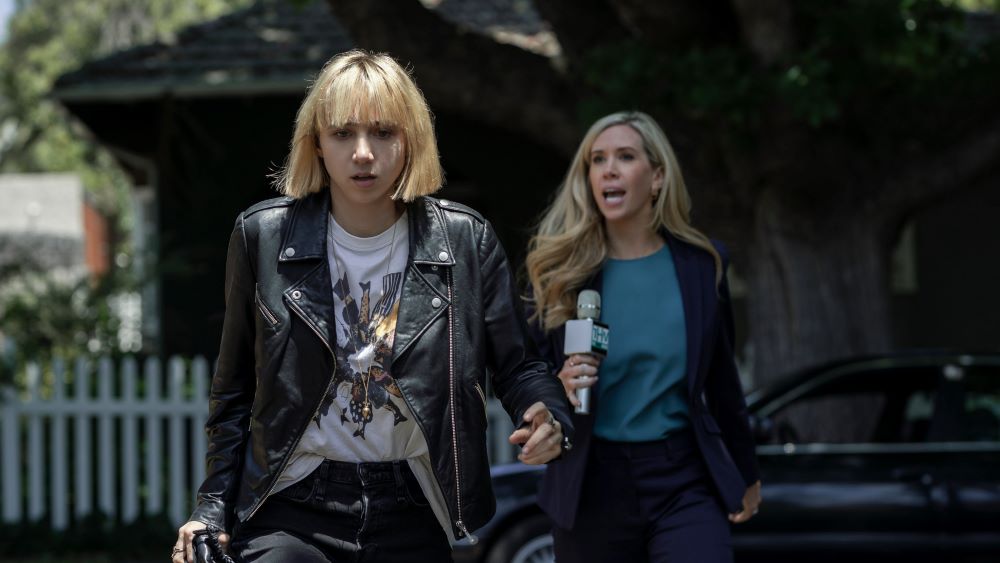 Netflix’s global hit drama series “Clickbait” was conceived and shot in Melbourne, but the sets were California. Had it been ordered today, it would probably also have kept an Australian accent.

“Clickbait was commissioned from the global team, but now that the ANZ team is up and running, we’re here to make Australian stories,” Que Minh Luu, Netflix’s director of content, Australia and New Zealand, said recently.

It takes local stories to appeal to the individual market, but as successes like “Squid Game” in Korea and “La Casa de Papel” in Spain have demonstrated, local stories are also increasingly able to cross borders. .

Luu was speaking at last month’s Screen Forever conference, which was being held in person for the first time in two years, on the Gold Coast. Amazon, Stan, Binge and Paramount Plus (newly launched Down Under) were also present and also promised to boost their Australian content commitments.

“Amazon has the ambition to be the home of Australian talent,” said Erika North, Asia-Pacific Originals Manager at Amazon Studios. She made a particular pitch for YA content, suggesting that’s where the next global hit could emerge.

“We’re on track for 30% of our first-run premium content to be provided by Stan Originals by 2025, which equates to approximately 30 local productions,” said Cailah Scobie, chief content officer at Stan, citing the recent development partnership with Lionsgate.

Binge is bragging about the success of its Australian adaptation of “Love Me” which sold out on Hulu. “This is the biggest audience we’ve had for a scripted drama in five years for the Foxtel Group,” said Alison Hurbert-Burns, executive director of Binge.

According to the Australian Communications and Media Authority, Netflix, Stan, Disney Plus and Amazon Prime Video spent A$179 million ($133 million) on Australian programming in 2020-21, compared to A$153 million ($114 million). dollars) the previous year. (The ACMA definition focuses on programs that meet the minimum requirements for Australian personnel in key creative roles.)

Rising Australian content spending reinforces streamers’ argument that regulation and quotas are unnecessary. But many producers remain concerned about the slowness of any legislation.

The federal government has studied the sector, but has yet to come up with a working mandate that would require streamers to invest locally. The government now faces an election in May, so further delay seems inevitable.

“It’s still an uncertain future,” said Tracey Vieira, Chief Content Officer of Hoodlum Entertainment (“Harrow,” “Five Bedrooms”). “Without a regulatory environment that supports Australian content, it disappears, as we’ve seen in other countries, and producers have to keep fighting for it.”

Play your way to a job