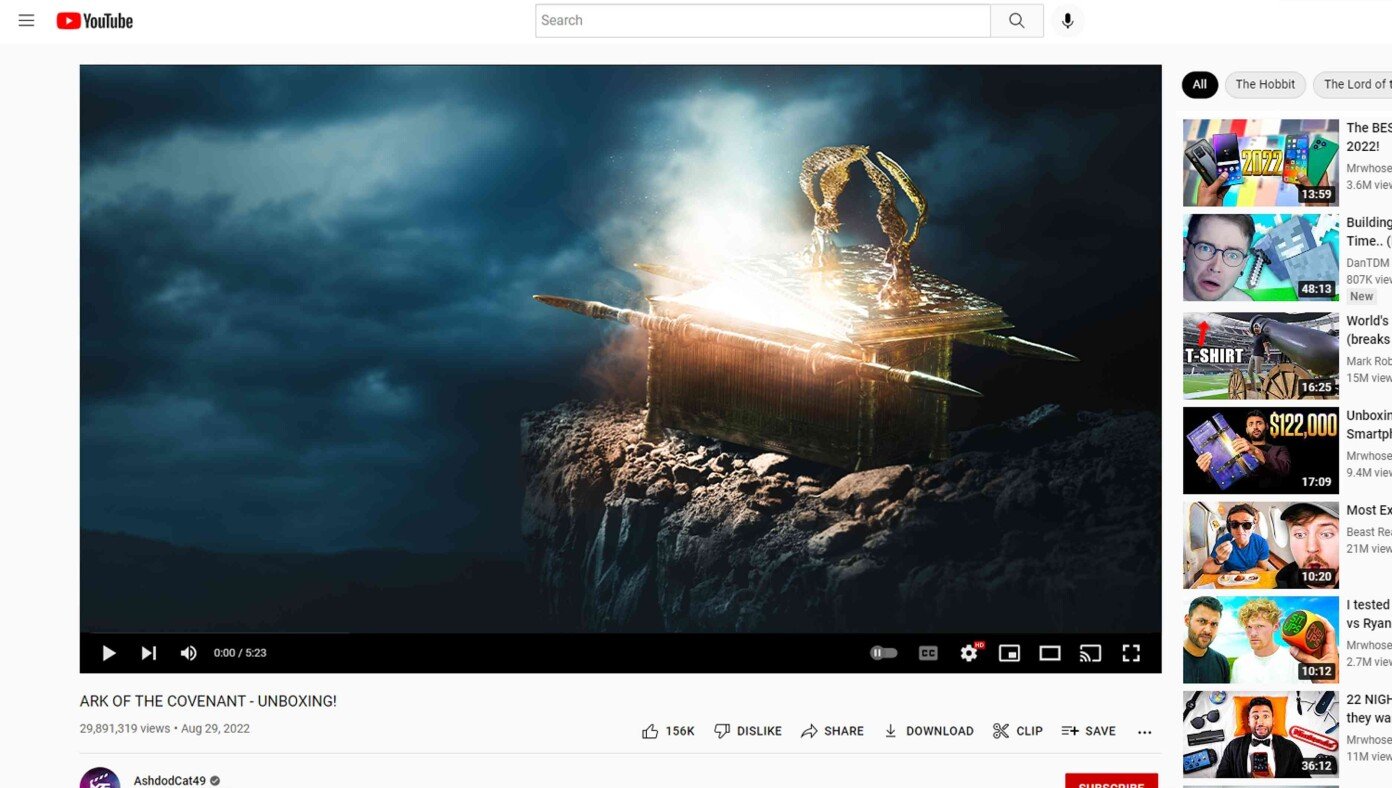 JERUSALEM — A popular YouTuber died suddenly on Monday while filming an unboxing video for the famous Ark of the Covenant. The sacred Jewish artifact, which had recently been discovered by archaeologists in a cave outside Jerusalem, had been turned over to the Israel Antiquities Authority, which recruited a Gen Z influencer to document the find.

“Ok fam, let’s open this baby!” said YouTuber AshdodCat49 before his face was sprayed during the live stream. The influencer’s famous last words have since been turned into a meme by Jews around the world.

The unboxing video is three minutes long. It includes comments from AshdodCat49 who said the ark that bears witness to the law of Moses looked “all lame” and was likely a fake.

Experts have analyzed the video, noting that AshdodCat49 actually dies as soon as his hand touches the arch, but then his body’s momentum pushes the lid and the screen becomes static. The video is 3 hours and 49 minutes long and features the sound of moans and gnashing of teeth as it looks like the woman’s soul is being ripped from her body and thrust into eternal torment shortly after her brain appears to explode out. of its orbits.

The California Dream isn’t what it used to be. Enjoy our song lamenting the fall of the Golden State: