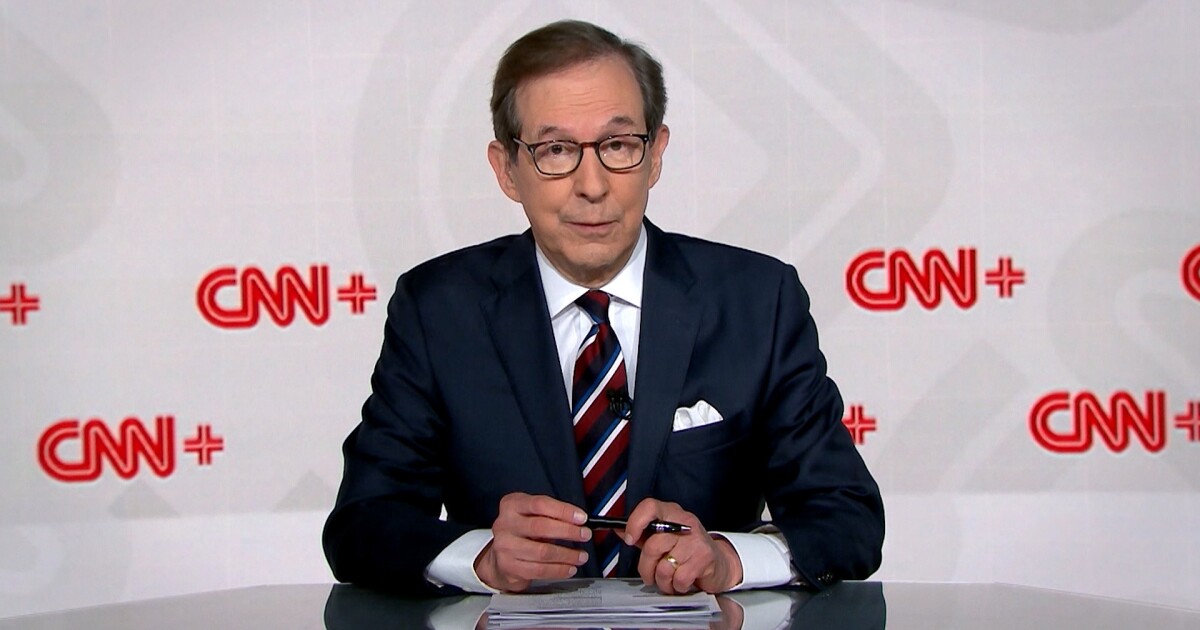 After Zucker’s exit, CNN is moving forward with a new streaming service

The show must go on, even in video streaming.

CNN employees are keeping that adage in mind as they prepare to launch a new direct-to-consumer subscription streaming service, CNN+, later this month after one of the most tumultuous times in history. history of the news organization.

The hope is that CNN+ will serve as a gateway to a world of post-pay TV, connecting the brand’s familiar red-and-white lettering to a generation of viewers growing up without cable.

But internal drama and corporate machinations have cast a cloud over the company. On Feb. 2, Jeff Zucker, CNN’s top executive for the past nine years, was forced to resign after parent company WarnerMedia learned he had failed to disclose a romantic relationship with his longtime assistant. Allison Gollust, who was also the director of marketing. Gollus also left the company.

Zucker and Gollust were deeply involved in the development of CNN+ Even before the scandal broke, it was uncertain whether WarnerMedia’s new owners at Discovery, which is expected to complete its acquisition of WarnerMedia in April, would go along with the existing plan. from CNN.

Discovery chief executive David Zaslav has picked his successor to Zucker – veteran news producer Chris Licht – but has yet to go deeper into the deal. Zaslav is expected to have his first network meeting this week.

Andrew Morse, chief digital officer and head of CNN+, said in an interview that he encourages his staff to persevere.

“I had a lot of conversations with our talents and reassured them that we were moving forward,” he said. “It’s not what we expected, but things don’t always go as planned. My only message to them was, “Keep going. CNN+ is so important to CNN, it’s bigger than any of us.

CNN+ is set to launch in the last week of March. Initially, the service will be offered for $2.99 ​​per month, a lifetime locked-in rate as long as the account is active. When that deal expires, CNN+ will be available for $5.99 per month, the same price as the Fox News streaming service Fox Nation.

CNN also plans to eventually offer a cheaper version of CNN+ that will be supported by advertisers. CNN+ will also eventually be available in a bundle with HBO Max, much like Disney offers its flagship Disney+ streaming service with ESPN+ and Hulu.

The service will have entirely different programming than the cable channel, an expensive but necessary strategy. More than half of CNN’s revenue comes from pay-TV operators, and the network cannot violate its carriage deals by cannibalizing its TV audience.

CNN+ will cover breaking news, but with a different team of correspondents and anchors than the cable channel. Morse said that was achievable with an organization of 4,000 employees, including 75 journalists who are now on the ground in Ukraine covering the Russian invasion of the country. Over the past week, CNN+ has been doing rehearsals to get a feel for how its coverage of the war will look on the online service.

But getting consumers to pay for a separate news channel will be a big hurdle, especially since some existing services like Peacock and NBCUniversal’s Paramount+ include news as part of their offerings. The proliferation of streaming services is already testing the elasticity of household budgets, and not all entrants will survive.

As viewers flee traditional television, they often watch the same content online for free. “NBC Nightly News With Lester Holt” attracts 1 million viewers per night on YouTube after it airs on NBC. Broadcast networks have also been aggressive in placing their news programs on free, ad-supported television services such as Paramount’s Pluto.

The news divisions of ABC, CBS and NBC have all chosen to make their own supported news channels free to consumers. They mix new original content with repurposed reports from their live programs.

Morse said CNN needed to rise to the challenge by delivering a premium product. “If we create something of value, people will be willing to pay for it,” he said.

But cable news operations rely heavily on revenue from pay-TV operators, and every time a household decides to drop or forgo a subscription, that money disappears. While the streaming services provided by Fox News and CNN cannot replicate exactly what they do on cable, they must at least become viable placeholders in anticipation of the day when cable is no longer viable.

“CNN+ is definitely the future of CNN in that sense,” Morse said.

The network has a lot of visibility with the public online. CNN had 191.9 million unique global visitors to its digital sites and apps in January, more than any other news service. On February 24, as fighting escalated in Ukraine, CNN had 54 million unique digital users, ranking it among the top 20 days in its history.

“One thing we know about fragmented media platforms is that established brands tend to prevail,” he said. “When the internet came along in 1996, it should have eradicated CNN. Instead, they became one of the mainstream sources. They brought trust to a chaotic environment.

Morse said the goal is to turn CNN+ into a global service, like Netflix, Disney+ and Amazon Prime.

“There’s no other brand, except maybe the BBC, that resonates globally like CNN does,” Morse said.

But in the short term, CNN must grow the new platform while maintaining its legacy business, which still generates $1 billion in annual profit despite Fox News falling behind in the ratings.

Fox News was aware of its relationship with cable companies and made Fox Nation a lifestyle streaming service. The bulk of its programs are unscripted series hosted by its personalities and acquired movies and series, like the reality show “Cops,” which appeal to its conservative audience.

The company’s executive chairman, Lachlan Murdoch, has touted Fox Nation’s growth to financial analysts, who said the service has more than one million subscribers. “We don’t see CNN stepping into this space other than to affirm our strategy and what we’re doing,” Murdoch told analysts last summer.

CNN+ creates programs that will last. But in addition to covering breaking news, it will also air five daily live news programs, a risky approach for a startup. Few viewers will see the programs live initially, and only lasting 24 hours, they will be difficult to monetize.

Wallace, who joined CNN+ after 18 years at Fox News, will lead an interview program four nights a week.

“If the total viewership is X this year and it’s 2X or 3X in a year, that’s fine,” Wallace said in an interview. “Part of the excitement for me is being on the ground floor. When I moved from ABC to Fox in 2003, people were like, ‘Omigosh, you’re going from network to cable.’ made fun of that Turns out we had a lot of impact from a wired platform, and I have no doubt that six months from now we’ll have a lot of impact from a streaming platform.

Wallace’s program will be in the style of Charlie Rose and former CNN mainstay Larry King, featuring in-depth interviews with figures from politics, entertainment, culture and sports.

There’s no set length for “Who’s Talking to Chris Wallace,” making it a throwback to David Susskind’s “Open End,” where the show ran as long as the host found his guests interesting.

“With streaming, we don’t need to make a [commercial] take a break or go to the end of the hour,” Wallace said. “I can go as long as I want.”

Other daily programs include “The Source With Kasie Hunt,” where the former NBC News correspondent will analyze Washington’s problems; “The Big Picture”, with traveling correspondent Sara Sidner delving into a single story; and “Go There,” an anchorless show that draws on reports from correspondents around the world.

After CNN anchor Wolf Blitzer finishes his daily “The Situation Room” show, he will travel to another studio where he will host “The Newscast” for CNN+, an evening newscast that summarizes the events of the day in 22 minutes.

CNN+ subscribers will also have exclusive access to digital town hall-style events that allow them to question current topics directly.

Other hosts signed to CNN+ include actress Eva Longoria, who will do a Mexico-based cooking and travel show. Rex Chapman, the provocative retired basketball star, will have a weekly talk show. The platform will also have Jemel Hill and Cari Champion, former ESPN stars who have gotten outspoken about issues linking politics and social justice to sports. Cornish, who had a passionate following during his years at “All Things Considered,” will have a weekly interview show called “20 Questions.”

Perhaps the most compelling offering on CNN+ is the library, movies and original series it’s built over the past 10 years under the leadership of Amy Entelis, Executive Vice President for Talent Development. and content. The movies and series — including “Anthony Bourdain: Parts Unknown” — were developed as a way to give audiences a reason to tune in to CNN when there isn’t compelling breaking news.

After the current streaming deals with HBO Max and Netflix end, all CNN movies and originals will be exclusively available on CNN+, including programs from Bourdain. Entelis also commissions original films and series, such as those from Longoria, for the platform.

“People want what they want when they want it, and so it’s great that we can move all of that to a platform where viewers can choose,” Entelis said.